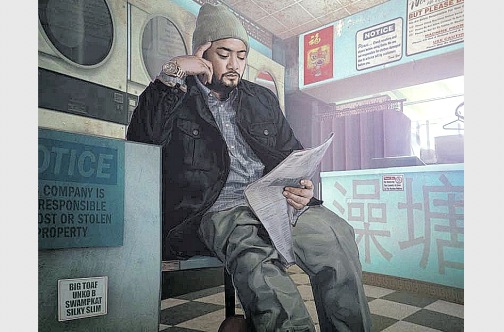 HAWAII-BASED singer J Boog gets his second number one on the Billboard Reggae Album Chart with Wash House Ting.

He charted with two more titles in 2011; number three with the EP J Boog and number one with with his second album, Backyard Boogie.

Its tracks include Sweet Love, Brighter Days, Raggamuffin, Lock it Off and Good Cry. Elsewhere on the chart, Matisyahu debuts at number two with the EP, Release The Bound, while former number one Falling Into Place by Rebelution is at number three.New at number four is the compilation Strictly The Best Volume 54. Last week’s number one, Live at Red Rocks by Rebelution, is number five, while Set in Stone by Stick Figure is number six.

Strictly The Best Volume 55 debuts at number seven. You & I (EP) by Shifta X and Che’Nelle moves up to number eight, while Beenie Man’s Unstoppable falls to number nine. Rounding out the Top 10 are The Frightnrs with Nothing More to Say.