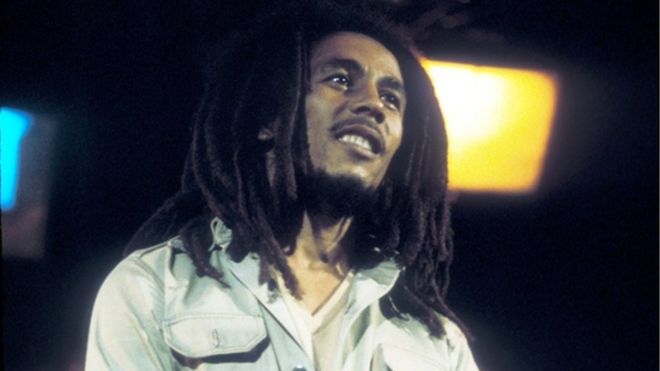 It’s 40 years since would-be assassins tried to kill Bob Marley, the most famous reggae artist of all time. Nancy Burke, who was at the singer’s house in Kingston, Jamaica, as the shootings took place, recalls what happened.

During the 1970s, Marley led the way in the Caribbean island as it became the reggae capital of the world. Burke, who lived next door to him, was the girlfriend of his art designer and became part of his crowd.

“I love the music, I love his lyrics, I love the beat, I love the band,” she says. “So it was a great privilege to be there, backstage, on the bus, going to shows.”

Marley may have been a potent symbol of the country’s musical success, but 1970s Jamaica was an impoverished and divided nation, with violent gangs fighting for control over the poorest neighbourhoods.

The left-wing Prime Minister Michael Manley was a polarising figure and political tensions and violence were rife, especially when there were elections on the horizon.

In late 1976, a general election was due to be held. Marley had previously backed Manley, but this time the singer wanted to distance himself from the government.

To try to help calm passions, Marley suggested holding a free outdoor concert in Kingston in December. But when the prime minister publicly endorsed the idea, and even moved the date of the vote to coincide with the event, Marley was left looking like a government stooge.

Burke had been away in London, chaperoning one of Marley’s girlfriends, Cindy Breakspeare, at the Miss World contest. They arrived back on the island on the afternoon of 3 December 1976. After showering and changing, Burke went to see Marley at home.

“As I was walking towards the house, I just had this very quick moment of dread,” she says. “I just shuddered.”

She noticed the gate was closed, which was unusual. But inside the house, Burke recalls, everyone seemed relaxed. The band were taking a break from rehearsals.

Someone asked Burke to move her car to let Marley’s wife, Rita, take her own car out. As the front gates opened for Rita to leave, another car slipped in. Burke was by then in a back room chatting with some children and Marley’s lawyer, Diane Jobson.

“I had just entered that room and started talking to them about Miss World when this barrage of gunfire started, really close. I mean, right there,” Burke says.

“You could hear this gunfire going on and on and all these shots being fired. And it was so shocking because we couldn’t see it, but it was just a few feet away.

“I sank to my knees, I just didn’t know what to do. The light was on and we just thought they were going to come in and mow us down. It was scary, very scary. It was just a bedroom so there wasn’t anywhere to go. The kids went under the bed but I couldn’t.”

Three gunmen, who’d driven in as Rita was leaving, had rushed into the house, spraying the place with bullets. Marley and the musicians had dived for cover.

The shooters then sped off into the night, not pausing to survey the chaos they’d left behind.

“The silence after seemed like forever, which was even more terrifying,” Burke recalls.

“The next sound I heard was somebody calling out to Diane, saying: ‘Diane, Diane, come quick, Bob is shot.'”

Burke stayed in the bedroom with the children until the police arrived. “That was the first point I decided to step out of this room,” she says.

“While I was doing that I saw Bob walk out with the police and he was holding his left arm. It was fantastic to see him on foot – looking really, really angry.”

Who’d carried out the shooting? Who’d sent the gunmen? Why hadn’t they finished off the job? These were all questions that hung in the air. The shooting remains shrouded in mystery and the gunmen were never found.

“I’ve heard rumours that they were taken care of, they’re not alive,” says Burke. “Somebody must know something. But it’s hard to know what the reality is.”

Two days later, an injured Marley turned up to play for more than 80,000 fans at the free open-air concert in Kingston. Burke was too scared to go.

“Nobody had been caught, nobody knew how or why. It was too frightening for me. I was too close it it the first time. I couldn’t face that so soon again.”

Marley spent the next two years in self-imposed exile in London, then touring, producing some of his best work. In his short life he released 11 albums, four of them live.

Burke kept close contact with Marley during the final years of his life, until his death from cancer in May 1981. He was just 36 years old.

“The last time I saw Bob before he died he had removed the locks, he had started to lose weight,” Burke says.

“He was very withdrawn, quite small. He was shrinking in front of us.

“When he died we were in New York when we heard. It was definitely one of the worst moments ever of my life. I still feel it’s part of my mission to make sure people won’t forget about Bob Marley. Which they won’t, he’s done that for himself.”

More from the Magazine

Born in 1967, Cedella Marley was the eldest of Bob Marley’s biological children. As a father, she says, he was surprisingly strict.

Source: ‘I was there when gunmen tried to kill Bob Marley’ – BBC News