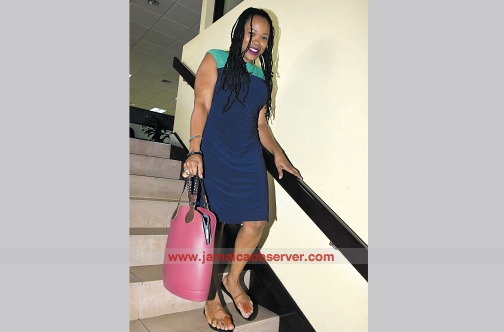 Reggae singer Queen Ifrica has never been one to back down from offering her views on a controversial topic and hence when asked by Splash of her views on the issue regarding alleged recordings by incarcerated dancehall deejay Vybz Kartel, she noted that the artiste would not be in prison had he listened to her.

“If Kartel did listen to me he would not be in prison right now, because I warned him that this was coming. The society that we live in, they will not tell you to stop the foolishness, but when you are forced to stop they will not stand by you. Kartel learned that the hard way. The fact that his music is still so popular shows how much of a reach he has. Young people love what he says and a lot of what he sings about — the bleaching and the party and so on are associated with certain products and some people want the products to move off the shelves.”

Queen Ifrica believes the authorities should allow the incarcertated deejay to record from behind prison walls, but only if his music glorifies positive values.

“The powers that be need to say if Kartel is going to voice from jail, he needs to do positive songs with uplifting messages that is telling young boys that it is not cool to stab up your friend because he has a better phone that you do, it is not cool to form gangs in school, it is not cool for young girls to be having sex at 13 and 14…. that I would back. But I cannot give kudos to the negative that is being promoted. The truth is Jah Cure ‘buss’ from prison so the truth is if Kartel is recording from prison, he is not the first. But it must be in a positive way and stop getting the masses to quarrell with each other,” said Queen Ifrica.

She was also critical of the recent threats levelled against Flexxx, the former member of the dancehall quartet T.O.K, for comments he made regarding the amount of airplay new material from Vybz Kartel receives on local radio.

“There is a level of hypocrisy that exists in our society. Nick Cannon came to Jamaica and did the movie 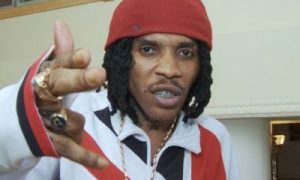 King of the Dancehall which he is now promoting overseas. He is there glorifying the fact that he was able to get recordings from Kartel while he was incarcerated. And I am wondering how people don’t see that like how them see Flexxx ranting, possible, because him not getting any airplay. That said if you are going to be so mad at Flexxx, call in the foreigner as well as say, ‘Hey, how you a talk seh the don a voice a prison?’ If Cannon can talk about Kartel voicing from prison, then Flexxx should be allowed to talk about him too,” she argued.