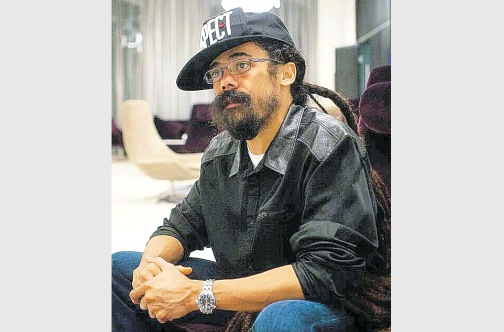 Dan Dalton, whose Dalton Entertainment Group manages Grammy winner Damian “Jr Gong” Marley, has signed a deal with high-profile marketing firm Roc Nation in a move seen as another shot in the arm for his clients.

Dalton told Billboard magazine that the partnership will benefit his company.

“I first met [Roc Nation CEO] Jay Brown and [Roc Nation founder] Jay-Z in 2004 when Damian was shopping for a record deal. Jay and Jay Z were at Def Jam, and it was an exciting time with Damian’s Welcome to Jamrock being a summer anthem. We really vibed with them and liked their take on the music business and very much value their opinions,” said Dalton.

Welcome To Jamrock is also the title of Marley’s album which won the 2005 Grammy Award for Best Reggae Album.

Dalton has an impressive résumé. He has worked with Jurassic 5, Dilated Peoples and the Beat Junkies. In addition to Marley, he manages the Irish-American punk band Flogging Molly.Roc Nation has a stellar line-up of acts including Rihanna, Shakira, J Cole, Santigold, HAIM, Meek Mill, and Big Sean. The company is expected to help promote new albums from Marley and Flogging Molly in 2017.