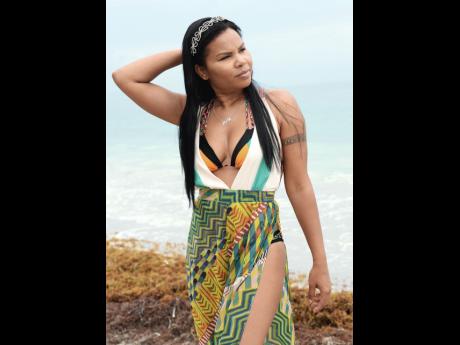 Dancehall entertainer Ce’Cile has expressed concern that Jamaican dancehall acts might be losing ground to African entertainers in European nightclubs.

The recording artiste is currently in Europe promoting her single Push It, and she is expected to perform at a number of clubs in the next few weeks.

It is her first gig in Germany in two years, and what she has found has not been comforting.

“The audience has changed, and there are a lot more Afro beats than dancehall being played now, of which we need to take heed,” she said.

“Afro beats seem to have overtaken dancehall and by a big leap, which was unheard of. But I am not surprised because most productions out of Jamaica nowadays is not dancehall,” she added.

“And then you have some others like Beenie Man and Popcaan, but, apart from that, I haven’t been hearing anything else,” she said.

According to Ce’Cile, Spice has also been getting a lot of love in the urban clubs.

She said what she finds interesting is that a lot authentic dancehall is being produced by non-Jamaicans, and those songs sometimes do better than the ones coming out of Jamaica.

“It’s food for thought, and I am very surprised. It’s a wake-up call. Even for myself,” she said.