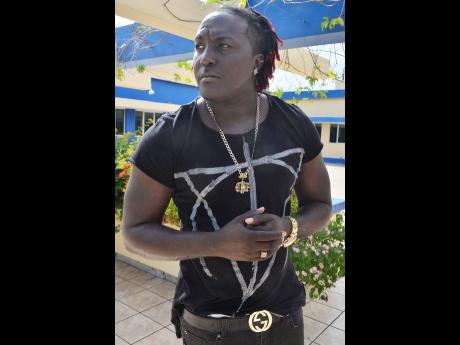 Dancehall producer and recording artiste Hitmaker has hit out at local music charts for charting songs that aren’t legitimate hits. According to the producer, the practice is linked to payola and has helped to slow down the progress of the music industry.

“We have been doing music and putting out quality music as an artiste and producer. I can see where music is reaching a stage of who you know and who is spending the big bucks. We put out a lot of productions that are chart worthy … productions which are buzzing online, buzzing on the streets, and buzzing everywhere and they are not being documented or being pushed on the charts for some reason. I think that happens when you do not have the elite contact to who operates those charts,” Hitmaker said.

“So I just take a stance and sey as long as we hit in the heart of the people, leave the charts alone because dem nuh real,” he added.

The deejay/producer says chart placing should be based on numbers relating to sales, radio spins and popularity.

“I don’t know where Jamaica get this under tree business for dancehall and the music industry in general. Why can’t you just run a survey per week or per two weeks and see what is the buzzing song? Get in contact with the distributors and see which artiste is moving the units. The Hapilos chart is based on sales, but dancehall needs a system or a body that can represent the music and put business in the right perspective,” he said.

Hitmaker told THE STAR that it’s painful to see producers and artistes go through all the right channels to produce quality songs, only to see the music fall on deaf ears.

“It’s like we are watching how hip hop and pop music work, yet we are not learning because we continue to undermine our own creativity. That is why foreigners can hear our music and take it and make money and profit. Perhaps if we were doing the right thing, we would be able to get another category in the Grammy for dancehall and more international recognition,” he said.

The STAR contacted a popular publicist/chart manager, who wished to remain anonymous. He told the STAR that putting a price on chart success is necessary. He also believes Hitmaker is living in a dream world if he thinks overseas charts are not rigged.

“It is a necessary evil. We, as publicists, have a job to get our artistes out by any means necessary, so if it comes with a cost we are willing to pay it. Overseas it’s the same thing, but it’s on a bigger scale and more formal. The major record labels own the radio stations and so they get special placements for their artistes so it’s the same thing like payola. That is why it is so hard for unsigned Jamaican artistes to get on foreign charts,” the chart manager said.

He also pointed out that Drake signed a US$30-million deal with Apple music, which is a company that operates a music streaming service, and Drake is now the number one streamed artiste in the world. His recent album, VIEWS, has been streamed one billion times.

Stampede Lammie has been operating his music chart Stampede Street Chart for 10 years and is featured on 85 radio stations worldwide. He told The STAR that he is unaware of charts which have been charging artistes and producers to play their songs.

Stampede also said he ignores record sales since records are no longer selling, but rather ranks his songs in order of popularity. While not willing to throw competing charts under the bus, he did highlight that there are too many charts in Jamaica.

“The only thing I charge for is to promote artistes like features on my page not to be on the chart itself,” he said.