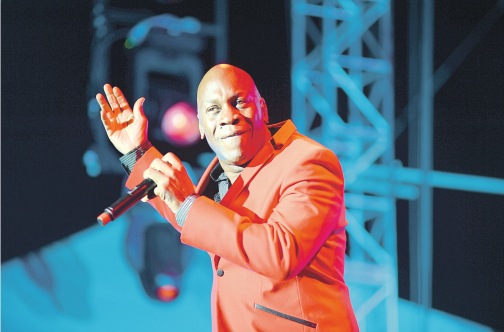 There is a prototype, it seems, for so-called vintage shows in Jamaica. Big performances and small, but exuberant audiences.

That was the case for ‘Blast From The Past’ last Saturday at Limelight Club in Half-Way-Tree. A modest turnout rocked to the timeless songs of Ken Boothe, George Nooks, Big Youth, Gem Myers, Boris Gardiner, Ernie Smith and Derrick Morgan.

Nooks closed the show in the absence of billed headliner Cocoa Tea, who was not missed as the confident Boothe, Morgan, Nooks and the always entertaining, Big Youth ensured patrons got their money’s worth.

The ageless Boothe never fails to please. From the opening Freedom Street, he could no wrong.

Decked out in a maroon suit, his effortless delivery of Silver Words, When I Fall In Love, Just Another Girl, Lady With The Starlight, Puppet On A String and Everything I Own had fans begging for more.While not as glittering as his gold dentures, Big Youth stirred things up with trademark gyrations, his spiritual I Pray Thee, followed by Every Nigger Is A Star and Hit The Road Jack.

The show’s lone ska act, Morgan was in good voice and form. He kicked off with the independence anthem Forward March, then the standards Be Still and Housewife’s Choice.

Morgan also paid tribute to his former sparring partner, Prince Buster who died in October. He recalled their friendly clashes with renditions of some of Buster’s hits including Blackhead Chineyman.

Nooks, one of contemporary reggae’s success stories, went over well with songs from his days with producer Joe Gibbs. He was energetic on Left With A Broken Heart and Tribal War, then doubled as deejay Prince Mohamed on Zion Gate (Forty Leg Dread) and Money In My Pocket.

He closed with a gospel flurry that included God Is Standing By, the song that announced his second coming in 2000.