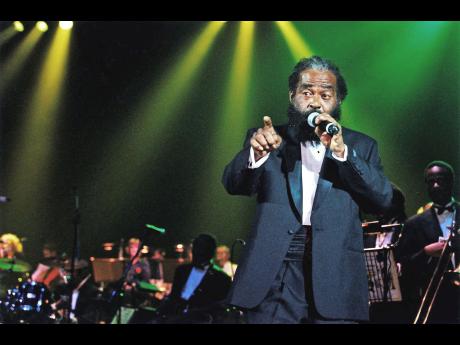 The death dates of Gregory Isaacs (October 26, 2010) and John Holt (October 19, 2014) passed recently without much musical fanfare, although Isaacs was accorded a national honour at the 2016 ceremony on National Heroes Day.

This is unlike the intensified interest in Peter Tosh, with the museum opening and tribute concert (both at 38 Trafalgar Road, New Kingston) added to the annual symposium at the University of the West Indies (UWI), Mona Campus. Ironically, Holt and Isaacs died close to Peter Tosh’s October 19 birthday, but Tosh passed away much earlier, murdered on September 11, 1987.

Additionally, while Tosh was killed in Kingston, both Holt and Isaacs died in London, England.

In performance, Holt held immense appeal for a female audience with songs like If I Were a Carpenter and On The Beach. However, for the man often introduced as ‘A Thousand Volts of Holt’, two of his songs explored national issues, which were guaranteed crowd-pleasers.

Police in Helicopter explored an international and national issue of state-level crackdown on marijuana, one which Holt did not live to see come to some level of resolution with the relaxation of laws against marijuana in Jamaica, following a global trend. And Tribal War (a remake of Little Roy’s original, which was also done by George Nooks) continues to be, unfortunately, relevant as the level of violence remains appallingly high.

Police in Helicopter looks upwards at the airborne raids of marijuana fields, but it also notes the anti-marijuana activities on the ground.

Soldiers in the field

Then he promises reciprocity, raising the traditional source of much of Jamaica’s agricultural income in revenge for the lighting of the marijuana while still in the field as Holt sings:

“But if you continue to burn up the herbs

We gonna burn down the canefields”

Marijuana is also involved in Tribal War, a plea for peace among warring factions. When the conflict eases, the combatants celebrate with a communal chalice:

We no want no more a that

A no that we a defen

I will give Jah praises in the morning

When I hear the people say

They now see themselves in unity

Now that the war is over

In a previous interview with The Sunday Gleaner, the original singer, Earl ‘Little Roy’ Lowe, said Tribal War was informed by a newspaper article. He said he had the start of Tribal War, the enduring reggae song celebrating peace between battling factions, in his head for about a year before a newspaper article sparked the lines that he used to complete it.

“I wrote the lyrics and the melody. A lot of people come and sing it over and some of them try to act as if it is theirs,” Little Roy, who now lives in England, said.

“That is a song I recorded for my Tafari label in 1973, and I think it was released in 1974. I used to walk and sell it myself. It sold many thousands.”

At the time he had the opening line – “Tribal war, we no want no more a that” – in his head, Little Roy would have been experiencing the 1972 general election, which brought the Michael Manley-led People’s National Party to power on a democratic socialism platform.

“That was written a year or more before the other part of the song came to me. Is like I could not complete the song,” Little Roy said.

Then he read a newspaper story about gangs in eastern Kingston coming to a peace agreement after fighting each other for years.

“That was written in the paper, The Gleaner or THE STAR. These gangs came together and signed a peace treaty,” Little Roy said.

At the signing, there was also the puffing of the peace pipe, Jamaican style, the newspaper reporting that the gangsters came together and smoked herb. Little Roy said, “I turn it into gangsters ‘seated up and licking cup/one by one they take a suck/saying that the war is over’.”