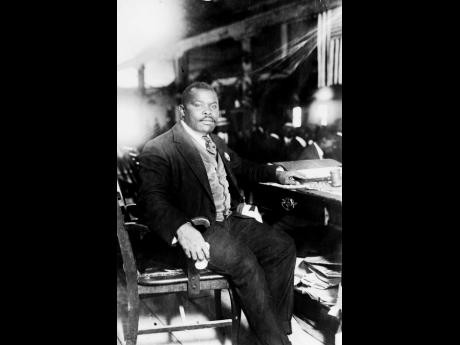 Sean Paul has his way, a movie depicting the life and works of national hero Marcus Garvey could soon be made.

Sean Paul, speaking during an interview on the Breakfast Club, a renowned New York Hip-Hop and R&B media platform, said that he has mentioned the idea of a movie to Nick Cannon.

Cannon is currently doing a movie, King of the Dancehall, which focuses on Jamaica’s dancehall culture.

“What I want to get out of it is a charity,” said Sean Paul while adding he is willing to put money behind the project.

“I see it as a big blockbuster movie making lots of money, and hopefully it will,” Sean Paul said.

He said that the Garvey is a very important figure for the black race and argued that in the same way a movie was done about Malcolm X, there should be one about Garvey.

“Every time Jamaican movies are depicted it is a lot about gangsterism and that kind of stuff, which is a big part of the culture. But there is also someone who is an important figure in terms of black liberation,” Sean Paul said of Garvey.

The UNIA, which grew into an international organization, encouraged self-government for black people worldwide; self-help economic projects and protest against racial discrimination.