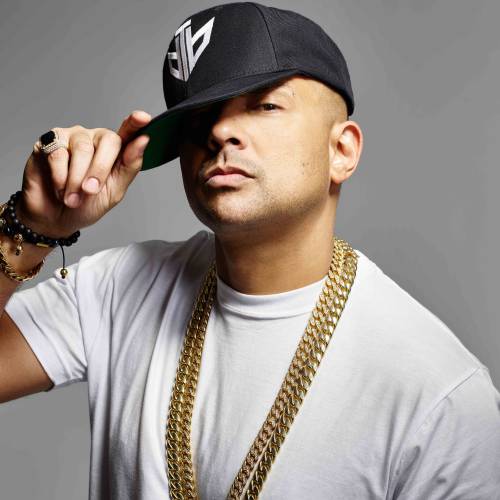 Dancehall legend Seal Paul revealed his British roots, why he wouldn’t like to be a judge on X Factor and how his mum had a hand in his hugely successful collaboration with Sia, in an exclusive BUILD interview in London today.

Sean Paul reveals his British roots and his experience being a tourist in London:

“I have been [on the London Eye] and I was like ‘Can I please come off now?’”

“My grandma is actually from Rugby, Coventry. We came here for a family trip for her to see her fam. She was always talking about fish and chips when I was a kid so I had to try the real stuff.”

On being an X Factor judge and his advice for contestants:

“Not to sing to Simon. [Nicole] is easier to look at and sing to for me. I don’t want to sing Shake that thing to Simon.”

Seal Paul on being introduced to Sia by his mum and their hugely successful collaboration:

“It’s very rare that my mum introduces me to music nowadays, she did back in the day. I’d heard the song Chandelier but I didn’t know who sung it. And my mum [asked] me if I knew this song, and she started telling me about Sia. ”

“When we got to number one, she sent me flowers. We’re supposed to work again, and hopefully we’ll be in the studio together.”

On how he deals with Internet trolls and his social media:

“At first I wasn’t doing it a lot, but I got involved with my Twitter. I’m about to start [Snapchatting], I don’t know if you guys are going to find all my crazy stuff interesting, but I’ll try.”

Seal Paul explains why his favorite collaboration was with Rhianna:

“One of the my favorite collabs was the one that I did with Rhianna. A lot of other people that I’ve done collabs with, they didn’t come to Jamaica. And it’s just important to me for the culture and it’s where I grew up. She did come through and it was cool. And as a Caribbean person she gets that whole vibe.”

“Basement party – fresh people, don’t tell mom and dad, turn the music up, turn the lights down and let’s have fun and wild out!”