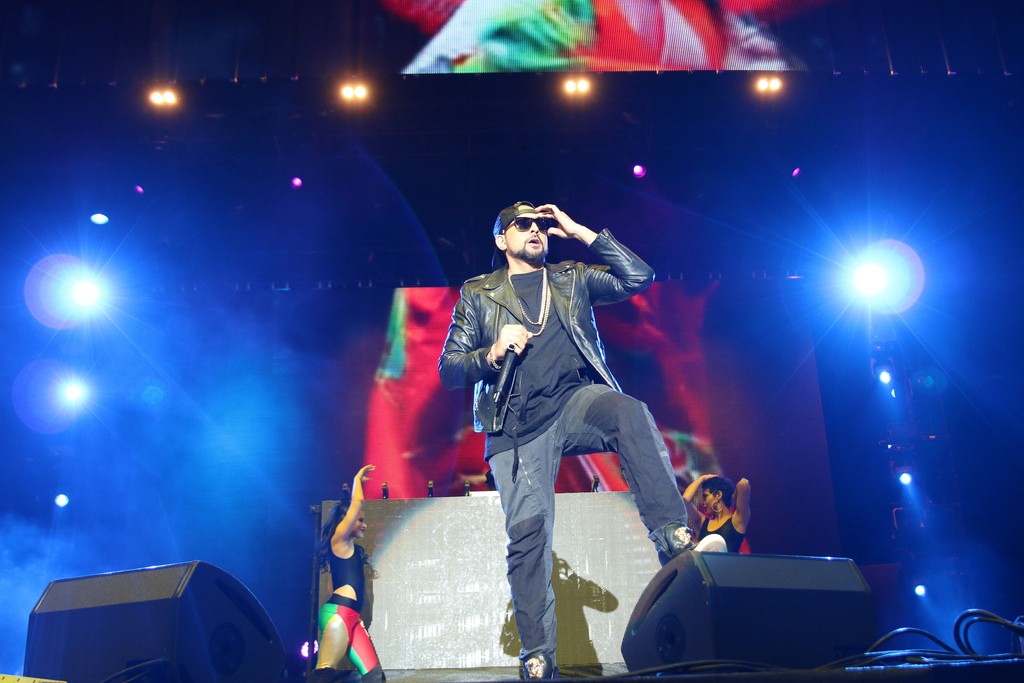 Beats on The Beach may have been at the Abu Dhabi Corniche on Friday, but the evening was full of Jamaican beach vibes.

Dance hall king Sean Paul delivered an exuberant, hit-laden set on the second day of the three day free music festival. The 42-year-old attempted to pack in many of the hits he’s accumulated since emerging on the scene 20 years ago. On that score, it was the best kind of failure. Paul gave it 100 per cent and delivered blistering takes of Get Busy and Gimme The Light. He overran his set by 15 minutes and even the extended hour slot wasn’t enough to squeeze in big numbers such as We Be Burnin’ and his Beyoncé collaboration Baby Boy.

Paul’s mission to “keep the party going” made his the best performance of the weekend so far.

“I really couldn’t ask for anything more from the crowd,” remarked a sweaty Paul backstage after the show. “They were amazing and they give you all their energy. That’s what any performer needs and it was just a beautiful thing. Abu Dhabi I will be back.”

Beats on The Beach also marked a milestone for The 5. Ever since coming in the finals in last year’s X Factor Arabia, the Arab boy-band has been busy in the studio recording and dropping singles. Their performance on Friday marked, in a way, their arrival as a fully functioning band.

One thing about the boys — BMD, Said Karmouz, Adel Echibi, Ahmed Hassan and Kazem Chamas — is they definitely share a natural chemistry. It’s easy to think of the crew strolling along in the corniche as mates if they weren’t pop-stars.

As for the performance? The intent was there but it was rather patchy at times. Bel Gharam was pretty enough but the harmonies were not on point — a must for any boy-band.

The new single La Bezzaf was a treat however, it’s slamming dance chorus is tailor made for festivals. While The 5 remains a work in progress, you can sense that with the right guidance and effort they could live up to the promise of being the Arab world’s One Direction.

“It does feel like a graduation,” said The 5’s resident rapper BMD backstage. “We have been working really hard for this with lots of rehearsals. It is just great to play for the fans and make them happy.”

Hassan also added that fans should expect more news from The 5 before the year is out: “I can’t really say to much as things need to be finalised. But we a have lot of things cooking at the moment. It’s just about putting all the right flavours in place.”

Friday night was also marked an appearance by Detroit rapper Big Sean. Backed only with a DJ, the 28-year-old made up for the spartan stage set up with his trademark charisma and swagger.

This set was definitely for the hip-hop fans. A highlight was the new track Bounce Back. Dark and ultra modern — it sounds like a cross between Designer and Drake — the new single from Sean’s yet to be titled and upcoming new album makes use of his nimble flow which veers from slurry to a pulsating double-time rap.

The marauding Paradise was also a winner — it was only Paul’s occasional smiles that brought some lightness to what it is a pretty heavy track.

“I haven’t been here for a long time, man” Sean said in his dressing room post performance. “So when I came back I want to do a good job and the crowd was just live. It’s great coming to this part of the world.”

Beats on The Beach finishes tonight with performances by Lebanese pop-star Nancy Ajram and US rapper Travis Scott. For more information go to www.yasalam.ae/beats-on-the-beach.html

Source: Review: Sean Paul brings the hits and The 5 are solid at Beats on The Beach | The National