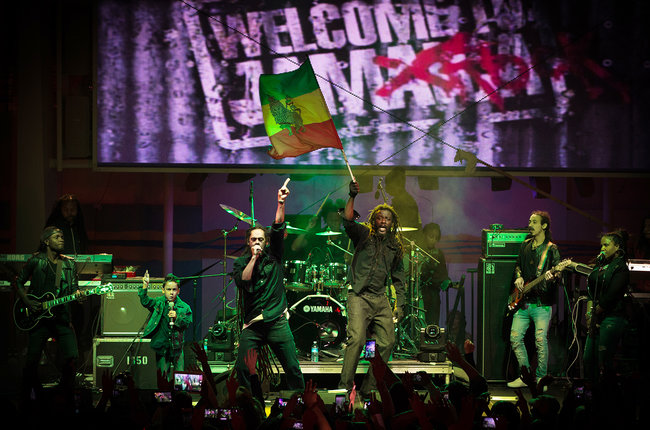 On a balmy South Florida evening aboard Royal Caribbean’s Independence of the Seas, DJ Norie of NYC’s Power 105.1 plays a vibrant mix of reggae hits to roughly 3,600 passengers scattered across the ship’s 11th floor open-air deck. Norie stops the music at around 6:40 PM as the event’s founder, host, and headlining act suddenly appears on stage and takes the mic.

“Welcome to the third annual Jamrock Reggae Cruise, be safe, one love, Rastafari,” announces Damian Marley, eliciting a roar from the crowd. Following Marley’s brief greeting, the Independence of the Seas slowly pulls away from Fort Lauderdale’s Port Everglades, commencing its journey to Jamaica where she will dock in the resort towns Montego Bay and Ocho Rios before returning to Florida.

With its comprehensive presentation of Jamaican music, The Welcome to Jamrock Cruise has in three years developed from an untested concept for reggae into, arguably, the genre’s premier event. This year marks the cruise’s maiden voyage on the 15-deck Independence of the Seas, which boasts 1,817 cabins and a dizzying array of amenities including an ice skating rink, basketball court, mini golf course, a FlowRider surf machine and the two-story Alhambra Theater where several performances were relocated from the main deck to due inclement weather. 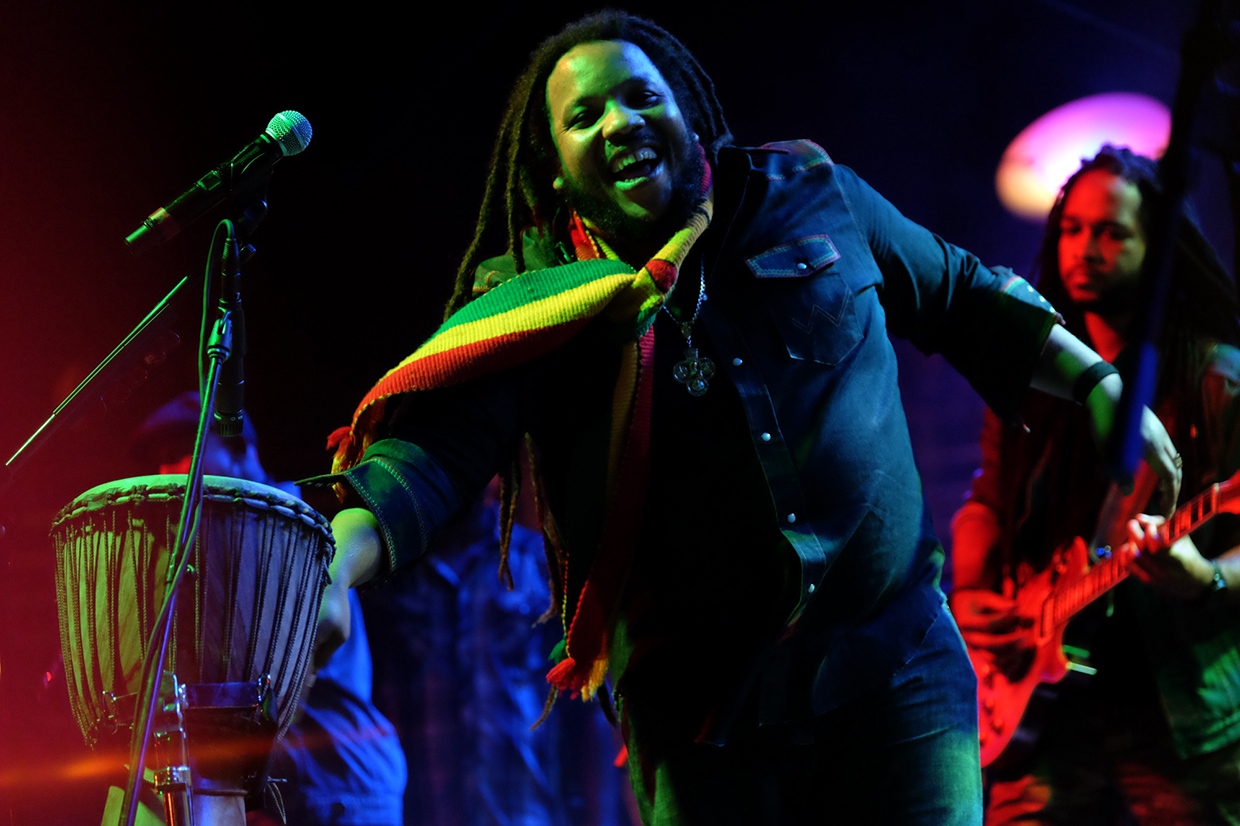 Chiefly advertised through social media posts, the 2016 Jamrock cruise was sold out months in advance, just like its 2014 excursion and back to back sailings in 2015 aboard the smaller Norwegian Pearl (1,212 cabins) from Norwegian Cruise Line. “It’s not rocket science to figure out why this cruise is so popular: it sails from South Florida to Jamaica at a time of year when many places are getting cold, but the most important thing is we present credible performers that exceed expectations and uphold the standard of the reggae genre,” Damian Marley told Billboard in an interview inside the ship’s 12th floor arcade as he kept a watchful eye on his young son Elijah. “From core street artists to acts on the international circuit, from elders to upcoming youths, we make sure our lineup has an even representation.”

He added, “What we are really looking at for next year is to have a few more ladies on the bill.” Indeed, just two female artists were featured on the 2016 lineup, dynamic young singer Kelissa and beloved reggae queen Marcia Griffiths (former member of Bob Marley’s backing trio the I-Threes), with Nikki Z of Jamaica’s FAME FM the cruise’s sole female emcee.

Marley and his manager Dan Dalton are the co-founders/co-owners of the Welcome to Jamrock Reggae cruise, presented in association with Flying Dutchmen Travel. This year’s tiered pricing (meals and entertainment included) started at $899.00 per person for an interior cabin and crested at $3,200.00 for an ocean view suite. According to stats provided by the Jamrock production office, passengers aboard the 2016 cruise represented 40 countries, 68 percent from the U.S., their ages ranged from toddlers traveling with their parents to seniors in their late 60s, the largest percentile (18 percent) between 40-44 years old. 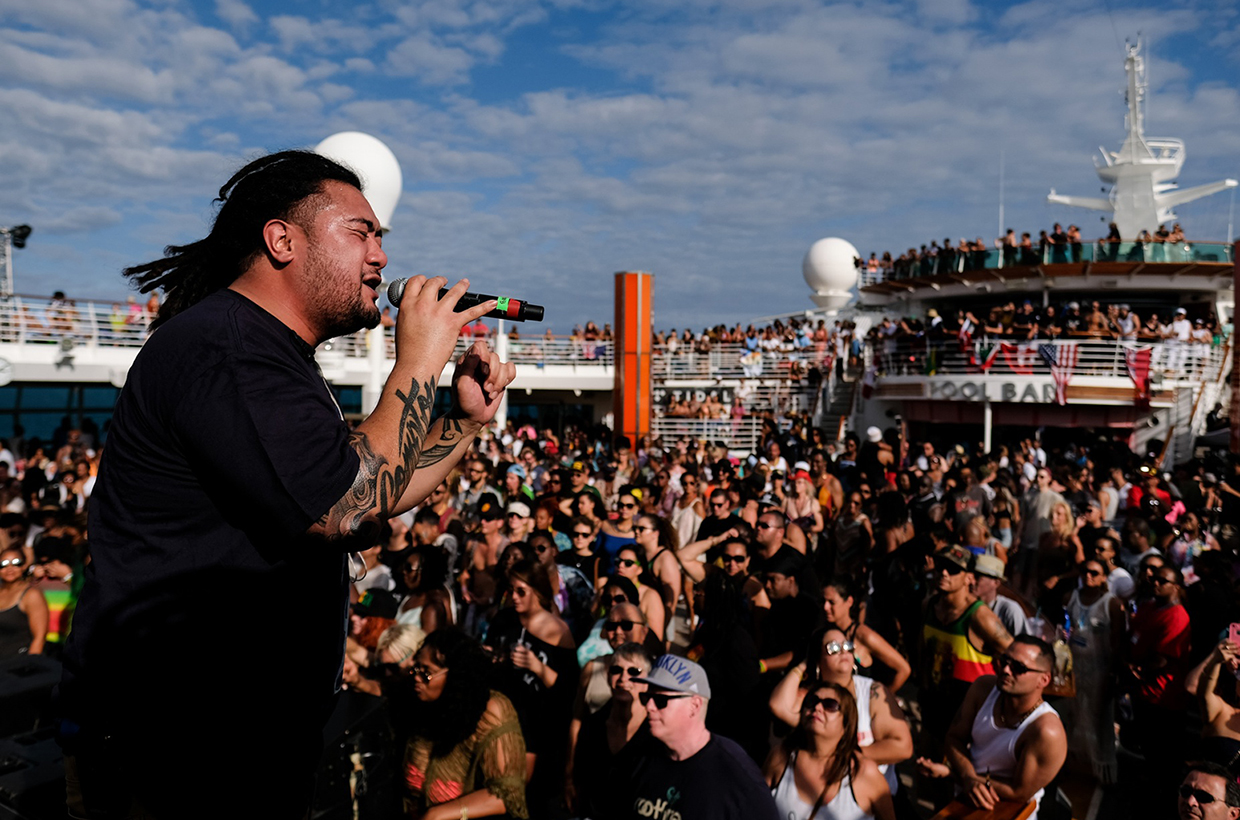 Speaking with Billboard, Dalton said that aside from engaging fans via social media and targeted radio ads in places like Bermuda (9 percent of this year’s passengers were from the tiny island nation), organizers plan on doing more promotions in key markets, including NYC. “We are also looking to promote at a few reggae and jerk (Jamaican food) festivals because not everybody knows that this cruise exists,” he said of next year’s push.

“Artists give away their music so there isn’t the need for people to buy it, but people will pay good money for the experience of being with artists, taking photos, everybody moving like family in a secure environment, that’s what being on the Jamrock cruise is like,” enthused Sean Paul, Jamaica’s top selling artist in the US. Sean performed on the inaugural Jamrock cruise and was delighted to return this year, delivering a well-received opening night set.

“Seeing more people here this time on a bigger ship, I can only be proud of that, man,” Sean told Billboard. “I told Damian we should look at putting one or two reggaeton cats on a reggae cruise to Central and South America, it would go over well there. The Jamrock cruise is a great idea and it will get bigger.” 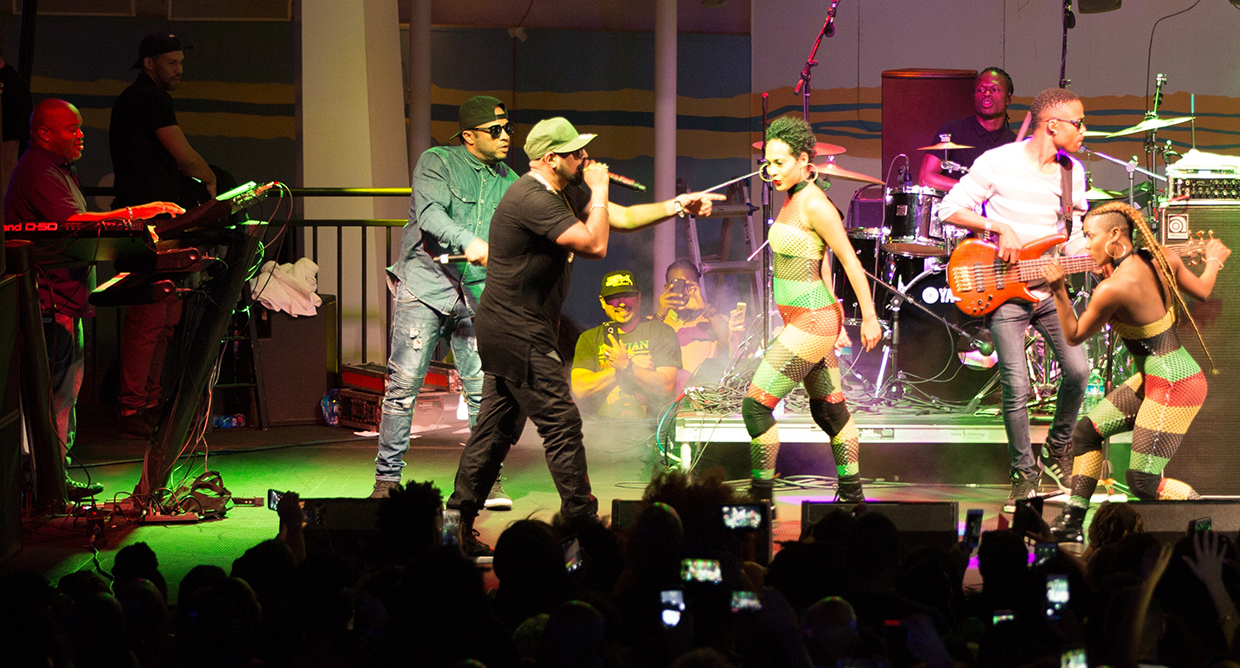 For the time being, however, Damian isn’t planning to increase the size of Jamrock, nor the frequency of its sails. “Maintaining the community feel is important and if it gets too big, we might lose that,” explains Damian, whose other business endeavors include a recently opened Colorado marijuana dispensary, Stony Hill, also the name of his fourth album due next year on Republic Records.

That said, Damian is looking at expanding aspects of the cruise’s format, such as adding preliminary rounds in several cities leading up to the sound system competition, the Jamrock Sound Clash, introduced on the 2015 voyage and won both years by Japan’s Mighty Crown. He’ll also continue to diversify the lineup as evidenced by this year’s inclusion of popular Samoan-American reggae singer J Boog, Bermudian sing-jay Collie Buddz and Trinidadian soca star Bunji Garlin.

“As we grow, we start to involve our distant relatives, our international brothers and sisters,” reasons Damian. “J Boog was a passenger on the previous cruises, this was the first year he was asked to perform a full set and he went over great. J Boog has his own following that many of our Jamaican artists were introduced to on this cruise, the same way he was introduced to the fans of the Jamaican artists. It’s cool that we are sharing that cross cultural pollination through reggae and we want to do more of that.”