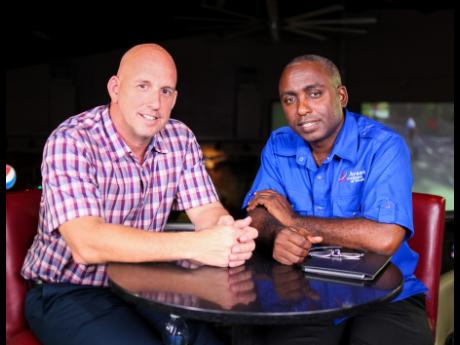 A crew of three has been island-hopping across the Caribbean on a mission to capture the various sounds and presentations of emerging recording artistes, with the support of the governments and film industry of Newfoundland and Labrador. From The Bahamas, Barbados, St Lucia, Trinidad and Tobago, and now, Jamaica, Fabian James, Wes Holmes and Rick Hollett, have filmed 40 emerging Caribbean recording artistes for the third season of Club One New Releases.

By way of a social media competition, a panel of independent judges consisting of Ibo Cooper, Mikey Bennett, Simone Harris, and Seretse Small narrowed the Jamaican audition pool for the third season of Club One New Releases to a final 10. They are, Feluke, Adahzeh, Iceman, Jason Warton, Alexandria Love, Jamila Falak, Skygrass, Anna Miriah, The Sky Is Broken, and Indie Allen.

“The fusion part of what we do, the broadcast agreement allows us to move them around and take the artistes from country to country,” James said. After the filming of all acts across both territories is complete, a top six will be selected from Canadian acts and another six from the Caribbean acts. That total of 12 will then travel to Trinidad to participate in a performance workshop, where an act from respective territories will be mix-matched for style and asked to perform the other’s original material, an activity that will also be filmed. 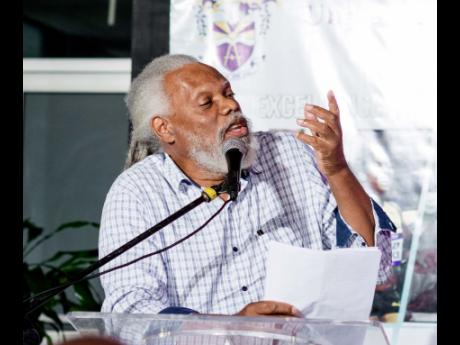 For the project’s final arm of musical fusion, all 12 acts will be carried to Newfoundland, where, in their mismatched pairs, they will be asked to combine their creative processes to write and produce music together.

“It takes that pressure off the national music associations because we have that funding,” James said. “We started with Flow, who was the big financier of the project, and with the government of Newfoundland. It’s a great working relationship,” James told The Sunday Gleaner. “It’s good for the music industry associations and it’s great for the artistes.”

In the early ’90s, James decided to conclude his career as a touring musician.

“I was touring for many years. I left the touring side of it and stayed with the writing side and the studio,” James told The Sunday Gleaner. He became more focused on the development of the Canadian music industry but on the Eastern side. For about 20 years, he did a lot of corporate work for the music industry in Canada and the United States.

He tells The Sunday Gleaner that he was approached by Bell Media, a television broadcaster in Canada, about four or five years ago as the entity was in search of new ideas for localised programming and asked him if he would be interested in pitching the company an idea. He then came up with the notion to uncover and display emerging artistes. His pitch was accepted, and James went on to produce a reality series called Club One New Releases.

According to James, there was another company, based in the Caribbean, with Canadian links, that sought to introduce new programming themselves. That entity was Flow TV (originally based in Canada). According to James, FLOW TV was seeking out a project that could become collaboration between the Americas and the Caribbean. “So I pitched them the idea of doing a music fusion show.” The idea extended from his venture with Bell Media to feature emerging artistes in Canada to including emerging artistes from the Caribbean and encouraging collaborative work.

“Through my years of doing consulting work on the industry side, I had already made some music industry specific contacts in Barbados,” James said. They took about five artistes from Barbados to Newfoundland, and vice versa, to engage in an exchange of music styles and writing processes. Considering the venture successful, Bell Media and Flow TV have decided to support the project for a second year, extending to two provinces in Newfoundland and to the islands of Trinidad and Tobago.

Now for the third year, James finds himself back in the Caribbean. This time, he and his two other crew-mates found themselves in the halls of the Edna Manley College of the Visual and Performing Arts in Kingston, the final stop of five throughout the Caribbean for the third season of Club One New Releases. This year, James managed to wrangle 10 acts from Barbados, 10 from Trinidad and Tobago, 10 from Jamaica, five from St Lucia, and five from The Bahamas.

“We operate a very small production team. We’re not like a Hollywood crew,” James explained. The team, consisting of James, who serves as producer and host of the show; Wes Holmes, the director of the show; and Rick Hollett, sound engineer, try to travel as compactly as possible when they get into the field.

All 10 Jamaican acts were filmed during performance and interviews at the Vera Moody Hall on the Edna Manley College campus.

The Club One New Releases is expected to premiere on Flow TV on Saturday, December 17.