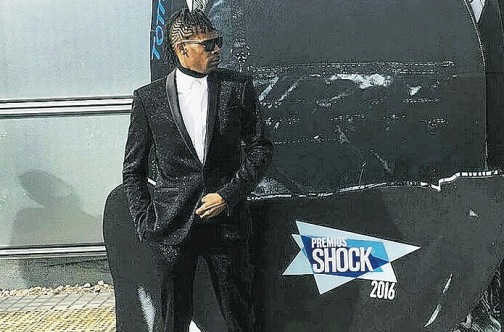 BAD Boys, a single by El Freaky and Mr Lexx, was recently nominated in the Radio Single of the Year category at the Shock Awards (Premios Shock) 2016, held at The Carmel Club Music Hall in Bogota, Colombia.

Although he did not win, the dancehall deejay said he was grateful to be acknowledged.

“I am very honored to be nominated for the Shock Awards this year. When I first recorded this song, I didn’t know that it was going to get so huge, so fast. I am just so amazed of how quickly this song became a favorite with so many people,” he said.

The night culminated with a performance from Mr Lexx and El Freaky.

The Shock Awards is one of the biggest award shows in South America.

For the rest of the year, Mr Lexx will be working tirelessly on the promotion of this song, Bad Boys and Struck by Love. He intends to shoot a video for Find A Girl, produced by TP Records, and will be releasing an album in 2017 as well.