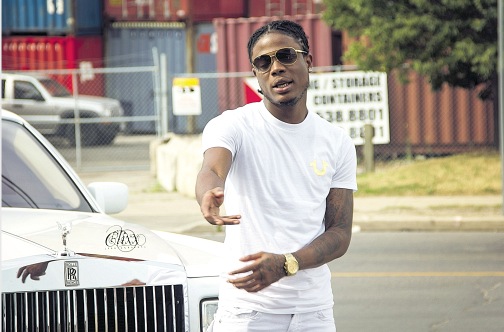 MASICKA is pleased with the response to his hardcore collaboration, Top Rank, with Bounty Killer.

Released two weeks ago, the single is on the Troyton Music imprint.

“The fans dem love it. It ah play hard in the streets. Big up Bounty Killer, the real top rank. Growing up, Killer was always my artiste, so the collaboration means a lot to me and it is the hottest song on the radio and the dancehall now. It ah go hard, everybody ah talk bout it … The ting no normal,” said Masicka.

In the meantime, Masicka has been racking up the Caribbean and North American tour miles.

“The deejay swag is really up right now. We are getting lot of booking requests for him, in the US especially. He did all the big shows this year — Reggae Sumfest, Britjam — he toured Canada in June and he has shows in the Caribbean and Jamaica for almost every weekend till next year,” said Corey Todd, Masicka’s manager.

He is known for singles like Hard Ball, Such Is Life, Tyler and Puffy Story, and Buss the Cylinda.