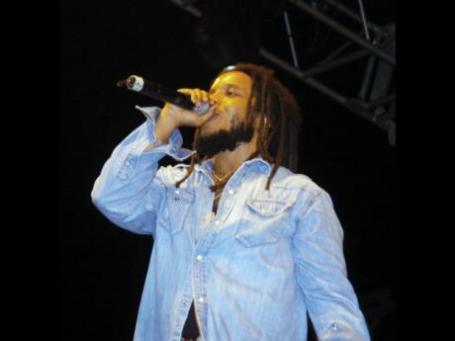 WHILE A number of albums by Jamaican performers, among them Papa San’s Journey and Jah9’s 9, have popped up in the Billboard Reggae Albums Chart’s top 10 over the past two months, Marley brothers Stephen and Ziggy have kept a consistent presence. And on the listing for the week of November 12, 2016, Stephen and Ziggy are the only solo Jamaican performers who have made the cut.

Stephen’s Revelation Part II: The Fruit of Life is at number three, down a place from the number two slot which it made its own for three weeks, while Ziggy’s Ziggy Marley has clambered back into the upper half of the chart at number five, up two places from last week.

Revelation Part II: The Fruit of Life is in its 14th week on the chart and Ziggy Marley is enjoying its 23rd week on the listing. Both are former chart toppers.

Rebelution’s Falling Into Place retains its number one ranking from last week, while Stick Figure’s Set In Stone exchanged places with Stephen Marley’s set to be at number two this week, up a place from last week’s number three. Wandering Soul by HIRIE leap to number four, up from last week’s bucket position in the top 10.

In the listing’s lower half, Akae Deka’s Livicated makes its debut at number six, displacing Nothing More to Say (The Frigtnrs) a slot down to seven. Fireflies by John Brown’s Body retains its number eight position, Livin Free (Roots of Creation) re-enters the top 10 and is at number nine in its third week on the chart, and the Various Artistes compilation Studio One Radio Show holds the number 10 spot in its second week on the Billboard listing.

On the iTunes listing of top reggae albums as of yesterday morning, it is back to Bob Marley and the Wailers on top as usual, after a hiccup in the accustomed hierarchy last week at the same time.

Legend occupies the top two spots with the Remastered and Deluxe Edition versions, respectively, while Rebelution’s Live at Red Rocks, which upset the order by claiming the number one spot, is at three.

However, that puts Rebelution into a back-to-back albums position, as their Falling Into Place is at number four.