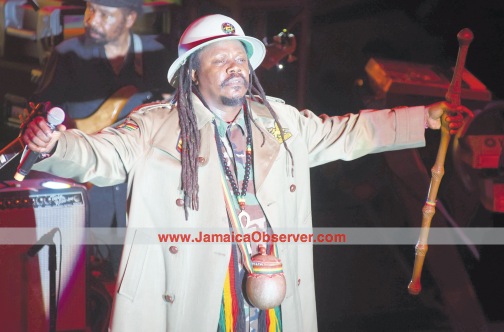 WEEKS after taking to social media to announce the cancellation of his Zion Awake European Tour 2016, Luciano appears to have had a change of heart.

According to Canadian station, Radio Dubplate, the reggae singer is pushing on with the gigs. It quoted Sonia Sterling, Luciano’s booking agent, as the source.

“Everything is cleared up, but we have lost some shows; but everything is good,” Sterling was quoted as saying.

The gigs were slated to have begun on November 2.

Weeks ago, Luciano, in a three-minute, 47-second video clip apologised to fans for not honouring some dates. He cited dissatisfaction with his travel and musical arrangements.

“I just want to apologise greatly that I have to cancel. Reason being, I don’t like how this tour was planned. I can see it was haphazardly done, and, as a messenger, I take pride in my music. I work too hard to bring my career over the years to see my thing going down the drain. I don’t like it,” he said in part.

Luciano named Sterling and T-Boy of Bremen, Germany as booking agents for the tour.

“These people book me and don’t even make my manager come; my engineer is sick because he met in an accident, who is my son. And even with that, the people don’t realise the importance of me having people around me. A me alone fi tek a plane fi go all the way a Germany? I don’t like these things. With one harmony singer? They know I always have three harmony singers. Where am I going with one harmony singer? Come on, man. Them (the fans) would feel seh mi tun rookie. I want all the promoters and fans bear with me until I set my life and career straight,” he said.

Luciano is known for spiritual songs including Lord Give Me Strength, It’s Me Again Jah, and Sweep Over My Soul. The 52-year-old artiste’s Zion Awake was nominated this year for a Grammy Award for Best Reggae Album.