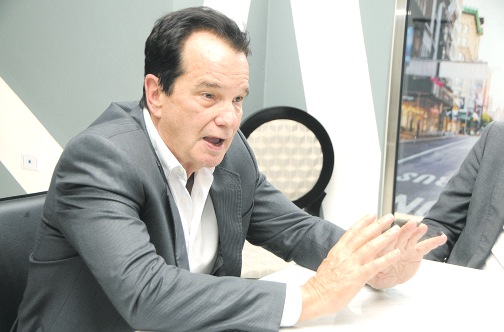 JOSEF Bogdanovich, CEO of Downsound Records (DSR), said he intends to speak with his attorneys to recoup monies invested in reggae singer Nature.

Nature – who, for six years, was part of the label – is the latest act to announce his departure.

“I’ll be speaking with my lawyers to add up the tab,” Bogdanovich told the Jamaica Observer yesterday.

“We had him on Reggae Sumfest, which is a paid show. The next day, we flew to Los Angeles for a 15-show gig, which DSR financed; then to England to perform before an audience of 20,000; then to an annual festival in Holland. We then took him to Rio in Brazil at Jamaica House to celebrate our athletes’s achievements. We put him in the limelight,” he continued.

The businessman said he and Nature never had a ‘sit down’ prior to his exit, but also said he wouldn’t have stopped him.“What we do at Downsound Records is that we don’t fire people, we just let them go. And when we do, they just fade from the spotlight,” said the CEO.

Nature (given name Andre Ellis) is not the only high-profile artiste in recent times to have parted ways with DSR. Last year, Ishawna turned her back on the company, while the year before, Ninjaman did the same.

“It’s more hype than high profile. Ninjaman didn’t depart; his contract had expired,” said Bogdanovich, an American businessman who is a major investor in local entertainment.

He recently became chairman of Summerfest Promotions, promoters of annual summer festival Reggae Sumfest. He is also majority shareholder in the Kingston Live Entertainment Group, which owns Usain Bolt’s Tracks and Records in Kingston and Famous Nightclub in Portmore.

In 2014, he partnered with Isaiah Laing, principal of Sting, to stream that one-night event to nearly 200 countries.

The CEO rubbished the notion that he was too busy with other business projects to give Downsound Records the attention it deserved.

“I can multi-task…I’m an international business executive. My track record speaks for itself. Downsound Records is alive and well. We just finished building our studio. We’ve just finished up seven singles which will be released shortly. It’s about the music with artistes which are having an impact. We spend money and put people together and get things done,” he said.

Started in 1999, Downsound Records is based in Kingston. It has produced acts including Fantan Mojah and Nanko.