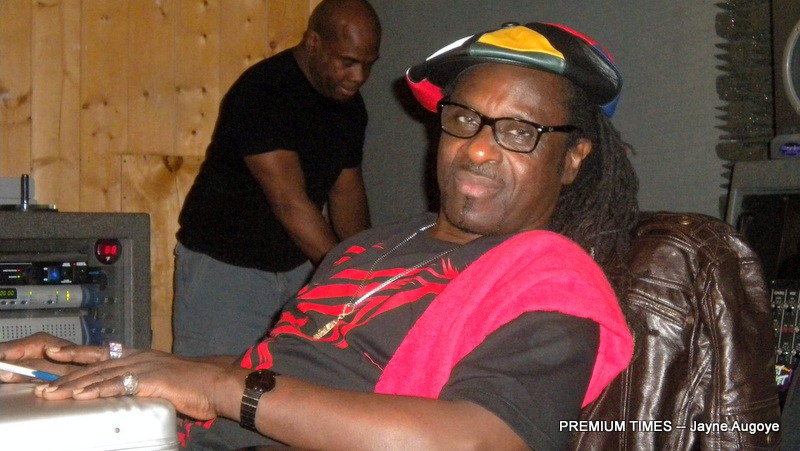 In the 1980s through to the 1990s, Victor Essiet of The Mandators fame, held sway in the Nigerian Reggae music scene.

With back-to-back hits such as Rat Race and System, Essiet and his late wife, Peggy, toured the world preaching the gospel of Reggae music.

Not only did he influence the likes of Lucky Dube, Majek Fashek(who was a guitarist in the Mandators band), and Ras Kimono, he also put Nigeria on the world reggae map.

In 1993, he moved to the United States in search of bigger opportunities and in no time, made the country his abode.

Following his relocation, he sort of faded into oblivion back home in Nigeria, not until he returned to Nigeria, exactly two decades later in 2013 to claim his spot once more.

PREMIUM TIMES caught up with the dreadlock-spotting musician at a media chat in Lagos.

Now the brain behind the annual Africa Meets Reggae music concert, he spoke about Reggae music appreciation in Nigeria, his career, amongst other issues.

PT: So much has happened in the Nigerian music scene since you left Nigeria for the United States in 1993. Are you pleased with the growth of Reggae music in Nigeria?

Essiet: The media hasn’t really been giving Reggae music the level of attention it truly deserves. There are so many talented Nigerian Reggae artistes out there that the people are not aware of because they’ve been sidelined. I feel very sorry for these artistes, because I was privileged and blessed at the outset of my music career to enjoy so much support and goodwill. This is one of the reasons why I am committed to seeing that Reggae music reclaims its rightful place in the Nigerian music map.PT: Many wonder why you moved to the United States at the peak of your career

Essiet: I took the move after I realized that I couldn’t afford to be a ‘local champion’ and be comfortable with being just that. An artiste is not considered a success until he or she becomes internationally recognized. Although I didn’t make so much buzz like I did in Nigeria, I gained a lot in terms of monetary compensation much more than I did in my own country. Ironically, while the big names in Africa didn’t buy my cassettes and videocassettes, the masses bought my videocassettes and listened to my songs. The masses made me who I am today. Thankfully, when I got to America and I didn’t have to introduce myself so much because I was widely celebrated in the media. Americans were blown by the manner with which the Africans applauded my art and music.

PT: Why did you come up with the Africa Meets Reggae music festival?

Essiet: We are glad to have brought a refreshingly new sound in the Reggae music industry across Africa through Africa Meets Reggae Concert. There is no doubt that the socio cultural and economic achievement of the past have encouraged us to keep the soul of reggae music flying across the African continent. This is in line with the collective aspiration of reggae music lovers in Africa and around the world.

PT: Tell us more about the festival this year?

Essiet: It is tagged the People’s Show and the event will take place at the Hockey Pitch of the National Stadium, Surulere, Lagos on November 26. This year’s festival has been outlined to accommodate all classes of Reggae music lovers. As part of the activities for the annual festival, selected artistes, including leading music stars – Nkulee Dube from South Africa, Tuface Idibia, Patoranking, Red Fadh from Ghana, Majek Fashek, Oritsefemi, Seyi Shay, Presh, and El Jay from the United States will perform. In addition, top Fuji lords, Alabi Pasuma and Sule Alao Malaika, are also on the bill to add fun and razzmatazz to the festival.

PT: Do you intend to take the festival beyond the shores of Nigeria?

Essiet: The festival has been celebrated annually in countries across Europe, Americas, Caribbean, Australia and New Zealand before berthing in Nigeria. The international music festival, which has its origin in the United States of America, gave me the franchise, when I was based in Los Angeles, California, United States. Each edition promises to offer something revitalizing to the fans and we are promising that this year’s edition will even be more awesome.