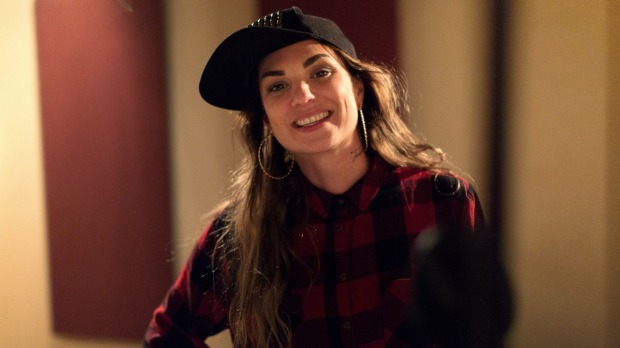 Hollie Smith admits it took her a while, when she was younger, to “get” the music of Bob Marley.

Like most fans of the reggae legend, singer-songwriter Hollie Smith can remember the first time she heard Bob Marley.

She reckons she was about 10, maybe 11, a kid, living on Auckland’s North Shore, already enmeshed in the kind of music she’d build her life around.

Smith has been making up songs and singing them to herself since she was tiny: “I sort of sung before I could talk… you couldn’t really shut me up.”

And even back then she had very specific tastes. She knew what genres she liked. Kylie Minogue was her first album – “for sure” – but she’d rather listen to “blues and jazz and gospely kind of stuff”, than the radio.

“I vaguely remember my sister…she’s like four years older…playing Bob Marley and I was like ‘I don’t get it’.” 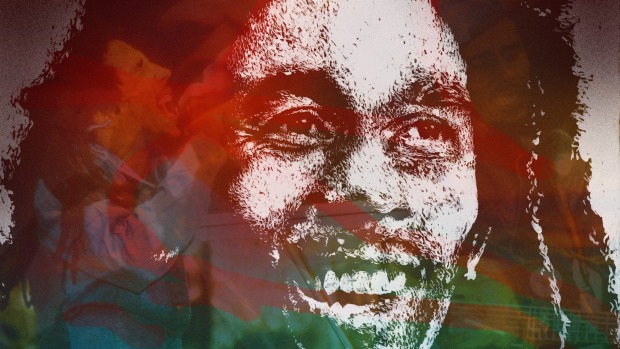 Stir It Up features a variety of Kiwi musicians paying tribute to Bob Marley and his music.

About three years, later it clicked. “I was like – ‘yeah ok I get it now’.” After that, Marley got played a lot. “The typical kiwi summer road trip stuff,” explains Smith in her trademark husky voice. “Camp fires – all of the classic memories with the classic summer reggae vibes.”

On November 4, Universal will release a local Bob Marley tribute album. Stir It Up – Aotearoa’s Tribute to Bob Marley features Smith and 15 other local artists – including Tiki Tane, Trinity Roots, House of Shem, Anika Moa and Bic Runga – who bring their own take to some of Marley’s most-loved songs. 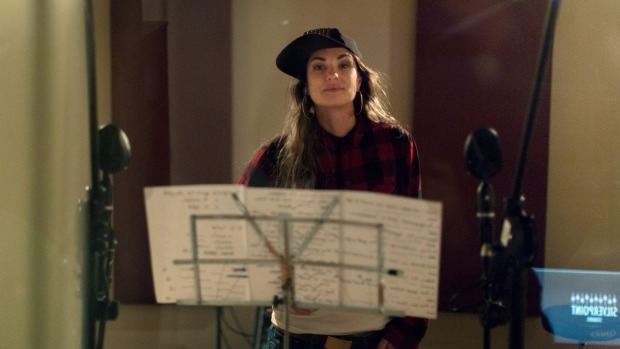 Smith covered her favorite – No Woman No Cry.

It was on the set list when Bob Marley and The Wailers played Western Springs in 1979 – a visit that cemented Marley’s special place in New Zealander’s hearts and his influence on the local musical scene.

Smith reckons it’s the message that makes his music so endearingly appealing in Aotearoa. “In every society, all across the world, music has been a really powerful voice for those who don’t have one.” 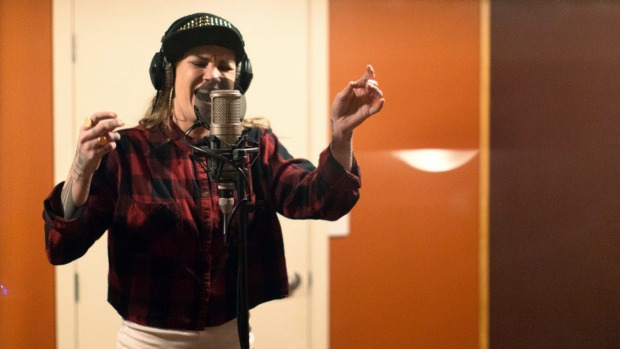 Hollie Smith recorded Bob Marley’s No Woman No Cry for the Bob Marley tribute album Stir It Up.

So was there any pressure, tackling such a famous son

“I was happy with the way it came out. But yeah, it’s definitely pretty scary.”

When we talk, Smith, 33, is on the phone from Auckland resting up after a five-month nationwide acoustic tour of her latest album Water or Gold – her first solo album since Humour and the Misfortune of Others was released in 2010.

It went well she says. Sold out in all locations, bar one.

And there’s good news for fans – she’s been writing on the road, stealing moments at sound checks – “if I come up with an idea, I just chuck it on my phone and then I can readdress it at another time” – and she reckons she already has the basis for her next album.

Smith stormed the New Zealand music scene in 2007 with her debut, multi-award winning album Long Player. The previous year, Bathe in the River, a Don McGlashan song featured on the soundtrack for the movie No. 2, spent weeks in the charts, making her soul-filled, powerful voice a household name.

She’s been vocal about the fact that rough patches followed this success: a broken record deal in 2009; financial trouble; depression.

But she’s strong and determined.

She knows her music, soulful and honest, implies it, but she thinks a lot of interviews with her come across really dark – “like I’m kind of tortured…which isn’t really that accurate. I mean, I am, but generally on a day-to-day basis, I’m a kind of normal, funny, human being”.

Last year was hard. Her best friend, broadcaster Helena McAlpine, died after a long battle with cancer and after that there was a scramble to get the latest album together.

Things are calmer now. She’s got a clear head and a fresh perspective.

“I’m starting to find my stride…”

On November 17, Smith is up to win both Best Female Solo Artist and Album of the Year at the Vodafone Music Awards. It’s 10 years since her last big win and the nomination is “really appreciated”.

Then, she adds, in what seems typical of her laidback, reflective attitude, that “it is what it is”.

“It’s the music awards. I don’t understand the criteria of judgement. I don’t really believe that you can ‘win’ music. Everyone’s doing a fantastic job staying alive in the New Zealand music industry, that’s for sure.”

In a 2007 newspaper interview, Smith mentioned that she’d always wanted to be a midwife. I put it to her that making music and midwifery have some parallels. She laughs.

“It’s still something I’d love to do to be honest. I just love hanging out with kids because everything’s simpler – not less difficult, because having kids is not easy – just the simplicity of their thought processes brings me a lot of peace – because I don’t have it.

“They love so much and they forgive so easily.”