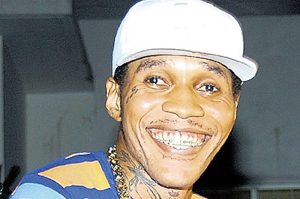 Vybz Kartel transfer from the Horizon center to the Tower Street Adult Correctional Center may be sudden and surprising but could be a sign that the incarcerated Gaza Boss is about to be granted permission to record music in prison.During his sentencing hearing in 2014, the judge gave Vybz Kartel the option to record music in prison, but with strings attached, some of the proceeds from his recordings would go to his murder victim family, so he declined.

However, it seems like the “World Boss” might now be having a change of mind. According to sources “It’s very possible that he will get permission from the judge to record music in prison,”

Allegations are that prison authorities are also in full support of the move because they see it as him contributing to society, as well as, the prison system by helping other inmates rehabilitate.

It is said that “there is a full studio at GP which would allow him to record better quality music and even upgrade some of those equipment.”

Source: Here’s why Vybz Kartel is likely to start recording music In GP |