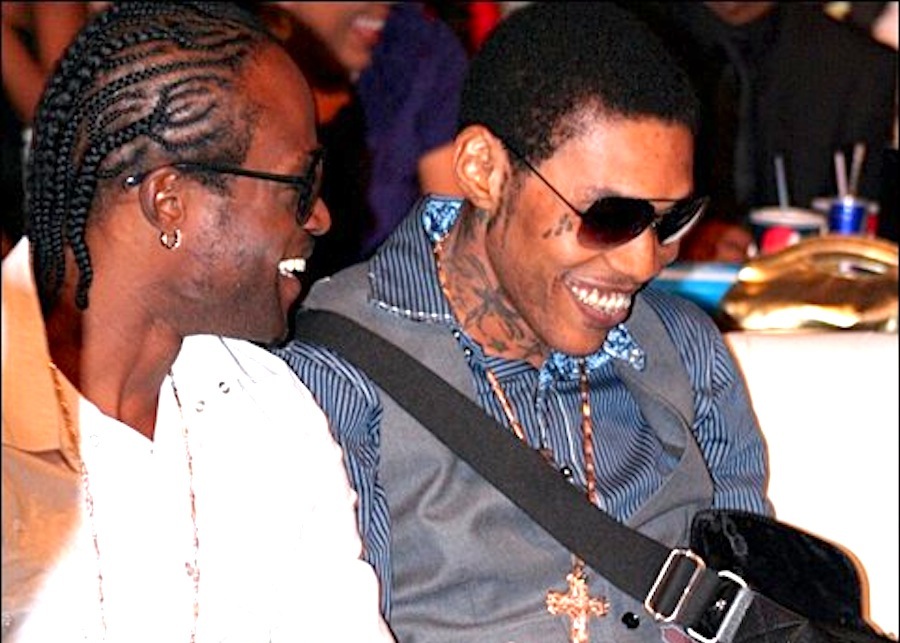 Vybz Kartel and Shawn Storm could be teaming up on a new diss track for Mavado and Alkaline.

The former Portmore Empire head is on the receiving end of an onslaught of diss tracks from both Vado and Alka and now Gaza fans are wondering whats next from the World Boss. Urban Islandz ever so reliable sources inside the Gaza camp told us that Shawn Storm recorded a few verses for a joint diss track.

“The idea came directly from Addi, its like he and Sivva (Shawn Storm) having a conversation and it click in his head like let’s kill them from prison,” sources said. “Producers get to work same time and build the riddim and Sivva start vibe to it same time. Look out for some crazy things because them no bad like the boss.”

There are also some talks of a joint Mavado and Alkaline diss track but so far its been two weeks since we’ve heard from Vybz Kartel and our sources are saying the wait will worth it.

Both Vybz Kartel and Shawn Storm are serving life sentences for the same murder. These two are perhaps the closest artists out of the now disband Portmore Empire, so it’s no surprise Shawn Storm is defending the Gaza boss.