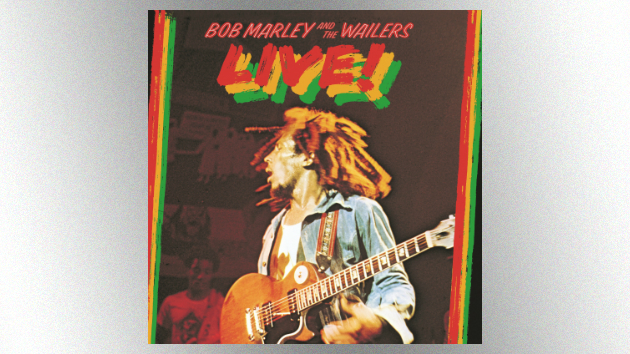 Among the songs played at the gigs were such Marley classics as “I Shot the Sheriff,” “No Woman, No Cry,” “Get Up Stand Up” and “Stir It Up.” The expanded edition includes 14 previously unreleased tracks, as well as previously unheard full-length versions of two songs featured on the original record — “Lively Up Yourself” and “Get Up Stand Up.”

The vinyl reissue, which is pressed on 180-gram vinyl, comes housed in a tri-gatefold sleeve and is packaged with a replica program from Marley & The Wailers’ ’75 U.K. tour.

The Lyceum shows captured the Roll and Roll Hall of Famers at the top of their game, while touring in support of their acclaimed 1974 album Natty Dread and a few month before the release of their classic 1976 disc Rastaman Vibration.

Coinciding with the December 16 release of the expanded Live!, a limited-edition seven-inch vinyl single featuring “No Woman, No Cry” and “Natty Dread” will be available exclusively at the UDiscover website and the Bob Marley Museum in Kingston, Jamaica.

Here’s the track list of the three-LP version of Marley & The Wailers’ Live!:

Side Three
“I Shot the Sheriff”+
“Get Up Stand Up”+