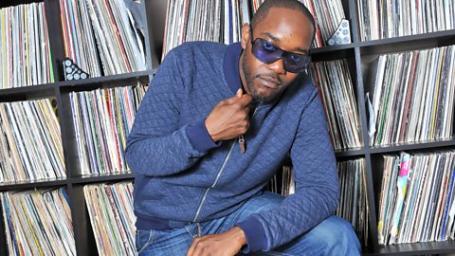 A DOCUMENTARY looking at the varying experiences of black people in the UK called ‘Black is A Dirty Word’ airs on BBC Radio 1xtra tonight at 9pm presented by Seani B.

Over the last six months the well renowned DJ has been garnering the opinions and life stories of black people up and down the UK.

He admitted to the Voice Online that he was ‘startled’ by some of the stories and accounts that have been shared and hoped the documentary will foster an environment for progressive future discussions.

“I have had the privilege of being a national radio broadcaster for the last 14 years. This is a role I take very seriously and appreciate the responsibilities of representing my music and my culture to a wide national and international audience,” said Seani B.

He added: “Last December I was contacted by a group of young black men who were refused entry to a club in Bournemouth which they claim this was done on racial grounds.

“I was due to see-in the New Year and perform in the same club and despite seeking assurances and trying to get explanations from the club as to what happened with the group none were forthcoming.

“This led me to cancel my appearance and release a statement regarding my cancelation. Stating that I did not feel comfortable appearing in a venue that would not be accommodating to me as a customer.

“I felt as if this was the latest in a growing number of incidents that showed a blatant disregard and lack of respect for black people and culture in the UK.”

The experience was the catalyst for Black is A Dirty Word.

Seani B enthused: “Earlier this year, my growing frustration led me and my team to approach the BBC and pitch a documentary idea to them. It was to be called “Black is A Dirty Word” and was to be an honest, open and real look at black the experience in the UK in 2016.

“Over the last six months we have producing the documentary and we have been startled by some of the stories and accounts that have been shared with us. I never realized in my wildest dreams that the situation was as critical as it actually is.

“There is a very serious disconnect between sections of the black community and mainstream UK life. Some people reading this may say, ‘tell us something we don’t know’, but the reality is I knew about the problems faced by my generation and above and was alarmed to find out that the younger generation faced the same fate.

“Black women in particular seem to get the raw end of most deals. Faced with gender inequality, which is then multiplied by racial discrimination. Being part of the system is hard, progressing upwardly is a thankless task.”

Seanie B says he felt it was important to highlight the similarities and differences of the black British experience if a real understanding of how black people felt about their country in 2016 was to be understood.

“In the area of identity and how young black people in Britain viewed themselves we found a high proportion of British born black people under 24 year old actually do not consider themselves British, preferring to take the nationality of their parents instead,” The DJ said.

He added: “I felt this process was very important to undertake as I feel that without an honest conversation we will never have progress. As black man in a fortunate position I also felt a responsibility to ensure that editorially I had the freedom of expression to cover areas that rarely receive national coverage but deserve a national platform.

“I am very proud of the documentary and hope it triggers discussion on a wider and more progressive level.”

Source: Black Is A Dirty Word | The Voice Online