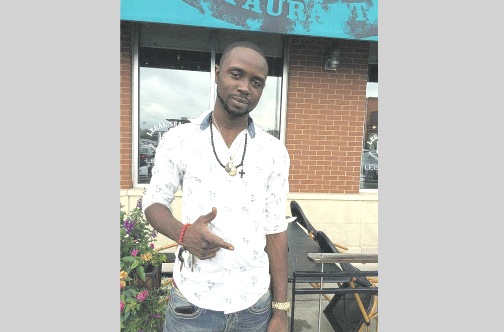 ANDREW Powell is known in dancehall circles for promoting newly released tracks with his daily blasts on social media.

However, with a new moniker — “Worl Blast” — he is now adding deejay and producer to his resume.

Powell recently released his debut single Do Di Do, which features Jiggy Ras. It was produced on his Worl Blast Music imprint.

“I decide to try the deejay thing because, being on the business side, I don’t see the professionalism in these artistes representing the genre. I don’t intend on trying to be just an artiste but also a professional presenter of the leading genre of Jamaican music, which is dancehall,” said Powell.

Do Di Do is featured on the Arcade Rhythm, which also boasts tracks from acts including Beenie Man, Future Fambo, F.M.B., Teflon, Harry Toddler and Iyara.

“The feedback has been crazy. People from all over have been linking me about the song. Over 120,000 views on YouTube and over 500 disc jocks worldwide have downloaded the song,” said Powell.

In a bid to become a major player in the industry, Powell — who is based between Jamaica and the United States — plans to open his own recording facility over the next few months.

“I plan on releasing a lot more songs and riddims. I’m also working with new artistes like Sagitarr, Kirky D, Alandon, Jahman, and others. Basically, I’m taking my brand to a whole new level,” he added.

Hailing from two of Kingston’s tough inner cities, Powell grew up in Denham Town and Tivoli Gardens. He was introduced to music promotion by veteran music promoter Boswell “Stampede” Lammie.