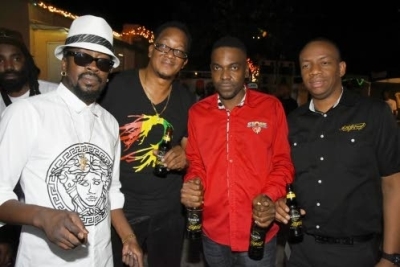 “Everyone can expect a lot of excitement,” Gee Fuss, one of the sound system’s selectors, told Splash.

Dubbed the Grand Market Edition, he emphasised that this year will be a trip down memory lane. The show features selectors from different eras of Stone Love’s history.

“People can come out and see, for example, myself and Billy Slaughter playing together to represent that period of Stone Love,” Gee Fuss explained.

Stone Love will be joined by other ‘sounds’ and selectors, such as Metro Media, Alonzo Hawk and Supa Hype.

“We’ll have Allan Lad, who’s out of Canada, to show the reach Stone Love has across the world,” said Gee Fuss.

Beenie Man, a perennial performer at the annual event, attended the launch along with executives of sponsors Guinness, led by Moses Williams, head of sales at subsidiary company Red Stripe.