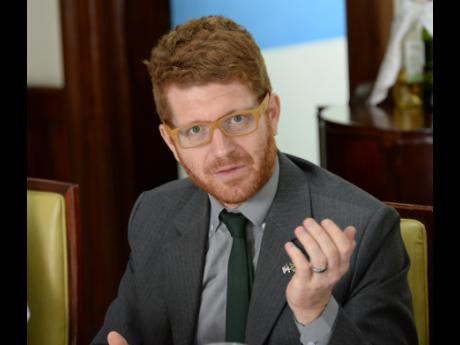 The United States Embassy in Kingston has said that it will release information on specific visa denial cases involving several Jamaican artistes if the entertainers waive their privacy rights.

Waiving these rights would make the information regarding the denial of their visas available to the public.

However, attorney-at-law Delano Franklyn explained that although the US Embassy made that announcement, it is the US authorities that will ultimately decide whether the information will be released.

“Because the embassy has said it would make the information available, then one would have to take their word for it. But the United States Embassy, like any other embassy, owes no one an explanation as to why a visa has, in fact, been denied,” Franklyn said.

“If the artiste says to the embassy, I waive my right, please explain to the public why I was denied my visa, the US does not have to comply,” Franklyn said.

Joshua Polacheck, public affairs officer at the US Embassy, said at a Gleaner Editor’s Forum earlier this week that Jamaican entertainers have “never” been denied visas, or had them taken away over matters such as as anti-gay lyrics.

However, veteran producer Gussie Clarke, in a story carried in yesterday’s STAR, said Polacheck was not being entirely truthful with statements made regarding anti-gay lyrics, and how they affect the visa adjudication process.

The US Embassy responded on Twitter saying it is prepared to reveal reasons behind artistes visa denials if entertainers would waive their privacy rights.

But Franklyn, who practises entertainment law, said it would be interesting to know if any artiste had been denied entry to the US based on their lyrics, but said the latter would be hard to prove.

“If there are artistes who can prove this, then it is important for that artiste to say whether or not they would wish for that (privacy) right to be waived,” Franklyn reasoned.

“What I believe would bring a different light to the whole issue is if the United States were to say that they have not denied an artiste a visa because of their anti-gay lyrics, and an artiste can show definitively and prove that they were in fact denied because of their anti-gay lyrics, then it would show that one party initially was not telling the truth.”

Meanwhile, Clarke, in response to the embassy’s Tweet, said that making the information available to the public would be of little value because people have already formed their views on the matter.

“I cannot encourage any artiste to make that decision as that is their private information. But understanding our culture and how it operates, I don’t think people care what anybody say,” he said.

“I wouldn’t’ recommend anybody to or not waive their rights because even if some do, people are still going to have their views and opinions on this issue,” Clarke said.