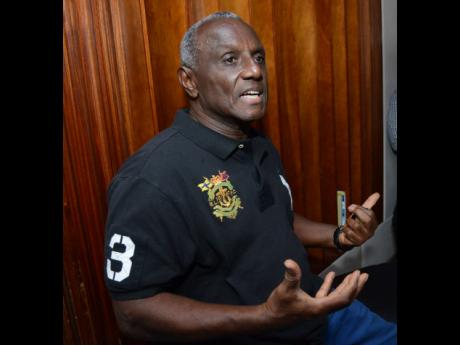 Veteran producer Gussie Clarke said yesterday that Joshua Polacheck, public affairs officer at the United States Embassy in Kingston, may not have been speaking the whole truth when he said Jamaican entertainers are not denied working visas because they have songs which contain anti-gay lyrics.

“I do agree with some of what he said because there are many reasons why entertainers are denied visas. My view is that any and every government takes everything into consideration when one culture believes in something and another opposes it. If some artistes are, for example, anti-gay, why would it not have an impact on certain things,” Clarke questioned.

Polacheck, speaking at a Gleaner Editor’s Forum on Tuesday, said that Jamaican entertainers have “never” been denied visas or had them taken away over matters such as anti-gay lyrics. 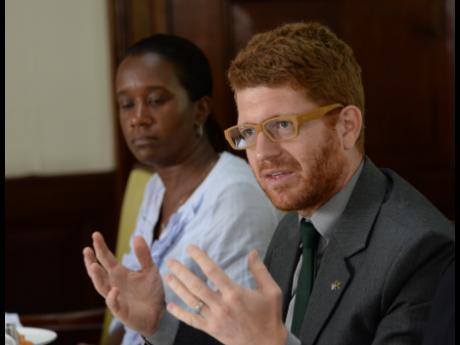 However, Clarke is not buying that argument.

“I don’t think he was being 100 per cent accurate and truthful. It [anti-gay lyrics] must have an impact if they are pro-gay and they see elements of our industry as being anti-gay.”

Dancehall artiste Laden, whose visa has been revoked, said he does not believe anti-gay lyrics has any impact on the issuing or revocation of a work visa to entertainers.

“As an artiste, I don’t think the US Embassy denies visas based on lyrics about gays. There are a whole lot of genres of music where artistes choose to sing about gays or guns, and whatever, and they are not affected,” he said.

“I think that if you are denied a visa, it’s because of something you did that put you in trouble with the law. I got my visa revoked and it wasn’t for any lyrics.”

Laden has said that his visa was revoked after he was found at an airport in Los Angeles, California with a ganja spliff.

Meanwhile, Clarke agreed that there are many entertainers whose run-ins with the laws are part of the reason they are denied visas, he said Polacheck’s statements made entertainers look like liars.

Polacheck said that entertainers were using the anti-gay arguments to hide the fact that US promoters were not booking them for shows.

“Our music has impacted the world and is very much in demand, and so are our entertainers so it couldn’t be about that,” he said.

“Many of the promoters overseas are not even as organised and structured as they should be so they may not even be aware of how to do the petition but the artistes are in demand.”

He used deejay Popcaan as an example, stating that the entertainer is very much in demand and is being highly sought after, but is being halted from accessing the US market because of visa issues. Gussie pointed out that without referring to Popcaan directly, Polacheck addressed the artiste’s inability to access a US visa by bringing up Vybz Kartel.

“The article mentions persons associated with Vybz Kartel, so it implies that without calling names directly and that goes to show that there are different factors that are taken into consideration during the whole visa process,” he said.

The STAR contacted several other entertainers, many of whom declined to comment on the matter out of fear of becoming targets for the US Embassy in the future.