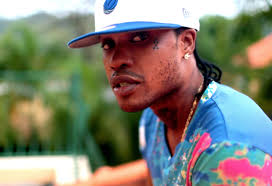 TOMMY Lee Sparta’s deportation case from Dominica in 2014 has taken a new twist.

Party promoter Cabral Douglas, who launched a US$3-million lawsuit against the Dominica Government, has retained one of England’s top barristers — Dr Leslie Thomas — to lead the litigation phase of the case due to commence in Trinidad on October 20.

“I am pleased to announce that I have retained the services of Leslie Thomas QC LLB LLD. Dr Thomas is one of the UK’s leading human rights barristers. He brings a wealth of knowledge and courtroom experience in high-profile cases to the table and I am extremely fortunate to have him on-board to lead the litigation phase of this matter,” Douglas, an attorney-at-law, told the

Douglas, son of former Prime Minister Rosie Douglas, said he is not concerned about getting a backlash from the Government.

“The Labour Government currently in office has traditionally stood for human rights, civil liberties and free enterprise. So if there is to be a backlash, I would expect it to be against them. In fact, hundreds of young Dominicans protested the unlawful arrests of Tommy Lee and his enterouge whilst they were being detained in that filthy jail cell unfit for a dog,” he said.

He stressed that while he only lost money from the show’s cancellation, Tommy Lee Sparta and his team were stripped of their dignity and no amount of monetary dispersement can compensate for that.

Douglas said his father, who died in 2000, would have been extremely supportive of him in this matter.

“My father, the late Hon Rosie Douglas, was an uncompromising champion for human rights and was prepared to face jail in defence of human rights in Canada. So my dad would stand in solidarity with the four Jamaican claimants just as I have done through this ordeal,” he said.

Tommy Lee Sparta, along with three members of his team — Tiasha Oralie Russell, Junior Fraser and Mario Christopher Wallace — were deported from Dominica a day after their arrival.

The artiste had journeyed to the Caribbean state to perform at a concert in Portsmouth in February 2014. They were, however, denied entry and placed in custody before being deported.

Prior to his arrival, the Dominica Association of Evangelical Churches had called for a boycott of the artiste’s concert. The group said its concern was based on Tommy Lee Sparta’s glorification of Satan and his promotion of violence.

Tommy Lee Sparta is known for a number of hit singles such as Spartan Soldier, Psycho, God’s Eye, Get Money, and

Currently, Tommy Lee Sparta, and his legal team, headed by Bert Samuels, are awaiting a response from Jamaica’s Attorney General with regards to a settlement claim with the Dominican Government.