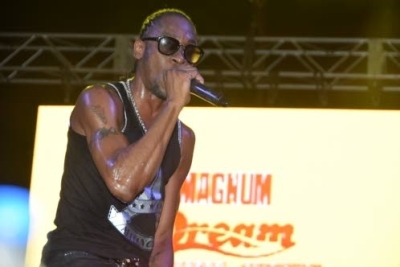 Bounty Killer’s Seasons of The Year has been sampled by American singer Santigold for her song Kicking Down Doors.

Produced by Kunley McCarthy, Seasons of The Year was released in 2013.

London-based Othman Mukhlis, CEO of Abood Music/Jamdown, is publisher for Seasons of The Year.

“My company did the clearance from start to finish for Bounty and Kunley as far as Kicking Down Doors is concerned. I also negotiated getting the sample cleared for a Nike television commercial that has been airing worldwide since the Olympics,” Mukhlis told

Kicking Down Doors is featured on the compilation album, Pepsi Beats of The Beautiful Game, released by Caroline Records in June 2014, ahead of the World Cup in Brazil.

Mukhlis said Kicking Down Doors is also in a new FOX television show called Keeping Up With The Joneses.

He and his team work with a number of Jamaican and international acts. They have cleared songs for Chris Brown, Major Lazer, Tinie Tempah, and Arianna Grande.

Santigold has been recording since the 1990s. She has recorded and toured with Kanye West, the Beastie Boys and the Red Hot Chili Peppers.

Master of My Make-Believe, were recorded in Jamaica.