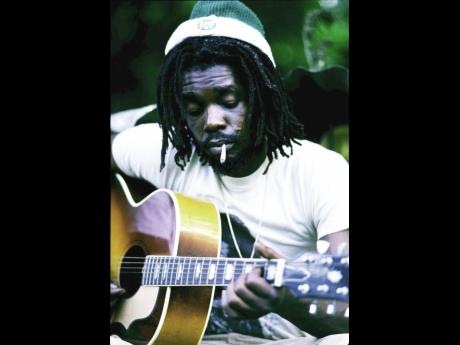 One of the most topical issues in music circles last week surrounds the celebrations connected with the 72nd birth anniversary of one of Jamaica’s most celebrated music icons, the late Peter Tosh.

The main celebration took the form of a tribute concert on October 22, and a VIP launch of the Peter Tosh Museum on his birthday, October 19, at the Pulse Complex, Trafalgar Road in Kingston.

The concert featured a dazzling array of local and international stars paying tribute to the man who they thought played a colossal role in placing Jamaica on the international music map. The opening of the museum was headlined by, and graced with the presence of, Olivia ‘Babsy’ Grange, the minister of culture, gender affairs, entertainment and sports, and Prime Minister Andrew Holness, who opened the centre.

The celebrations and the accolades that were showered on Tosh by various individuals during the celebrations were in stark contrast to the chastisement and denouncement of his character that was meted out to him during the 1970s. On the face of it, the whole scenario seems quite hypocritical.

In a September 1978 incident at Skateland, an entertainment centre in Half-Way Tree, Tosh was beaten, clobbered – resulting in a broken arm and injury to his head – and thrown into the Half-Way Tree lock-up by police personnel, over the alleged possession and refusal to hand over a ganja spliff. He has always been a staunch advocate for the legalisation of marijuana and exhibited no qualms about the way he expressed his beliefs. Tosh, who almost invariably wears his spliff in his mouth corner, in one of his recordings titled Legalise It, (1976), urged the establishment, in relation to the herb, to:

“Legalise it, don’t criticise it

Legalise it and I will advertise it

Singers smoke it and players of instrument, too …

even the lawyers too.”

He went further in 1979 by urging the burning of the sacrament in, of all the places, Buckingham Palace, as he sang:

mek we smoke it in Buckingham Palace.

Lend me a paper, lend me a fire

mek we chase wey all them vampire.”

With such biting lyrics, Tosh was looked upon by the establishment as the uncompromising rebel who was intent on destabilising the status quo. And 37 years later, in a complete turnaround, Tosh is now being lauded as one who stood up for what he believed in, and for being a rebel for the right cause. Amazing!

It was right after his performance at the One Love Peace Concert at the National Stadium in 1978, that it was observed that Tosh became a regular target for the police and a victim of their brutality. Some thought that it had to do with the stance he took at the concert on certain issues pertaining to equality and justice and the legalisation of marijuana: While Bob Marley was busy joining the hands of then Prime Minister Michael Manley and Opposition Leader Edward Seaga in a show of solidarity and unity, Tosh used the occasion to admonish and chastise them for their failure to enact ganja legalisation laws.

Tosh was born Winston Hubert McIntosh in Grange Hill, Westmoreland, on October 19, 1944. He was educated in Bluefields up to age 17, after which he migrated to Kingston to live with his aunt. There he started an apprenticeship as a welder before linking with Bob Marley, Bunny Wailer, Junior Brathwaite and Beverley Kelso, to form the Wailing Wailers.

Creating a mixture of love and revolutionary songs, the group charted a course that somewhat signalled the direction in which their career was heading, even as they were reduced to a trio of Bob, Peter and Bunny. Although not singing lead, Tosh’s bass vocals was crucial to the success of hits like Just Another Dance, One Love, Put it On, Jailhouse and Love and Affection. He did, however, sing lead on the cuts Hoot Nanny Hoot and Maga Dog. Tosh indeed declared from early the type of mettle he was made of when, in his first solo effort at Studio 1 – I’m The Toughest in 1965, he sang:

“Anything you can do, I can do it better,

And I can do what you can do,

You’ll never try to do what I do,

Establishing his reputation as being outspoken and uncompromising on matters of injustice, Tosh consistently challenged the establishment without fear or favour. Moving to producer Joe Gibbs’ sub-label Pressure Beat, he continued his musical onslaught against the system in 1971 with Them Have Fi Get A Beaten. The sharp, biting lyrics ran in part:

“I can’t stand this no longer,

the wicked get stronger.

I can’t stand this no longer,

the battle is getting hotter,

them have fi get a beaten.”

Producer Lee Perry got a piece of the action with 400 Years – an attack against slavery, No Sympathy and Downpresser Man.

After the release of the 1973 album, Burning, the second for producer Chris Blackwell, Tosh left the group for a solo career, exiting with his

Get Up Stand Up, Stand Up For Your Right. Putting together his own band – Word, Sound and Power, and creating his own label – Intel Diplo H.I.M (Intelligent Diplomat for His Imperial Majesty), Tosh recorded his first album, Equal Rights, in 1976, in which he declared, “I don’t want no peace, I need equal rights and justice”. He followed up with Legalise It the following year.

In collaboration with Mick Jagger of the Rolling Stones, Tosh created the albums Bush Doctor, Mystic Man and Wanted Dread and Alive, between 1978 and 1981. No Nuclear War received a posthumous Grammy award in 1988. A year earlier, on September 11, Tosh was killed at his home, 38 days short of his 43rd birthday.