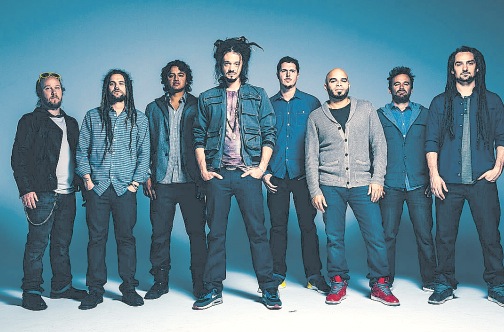 The Virginia outfit debuts on top with Live in Virginia. The 14-track in-concert set was released September 30 by ATO Records.

The group’s previous chart-toppers are 2012’s Strength to Survive and 2014’s Grammynominated Amid The Noise And Haste.

Elsewhere on the chart, former number one Revelation Part II: The Fruit of Life by Stephen Marley, holds down number two, while last week’s number one Falling Into Place from Rebelution, falls to number three.

new entry at number four is The Orange Album by California reggae/dub/rock band Seedless.Set in Stone by Stick Figure is at number five, while Nothing More to Say by The Frightnrs falls to number six.

Vybz Kartel’s King of The Dancehall re-enters the top tier at number 10.