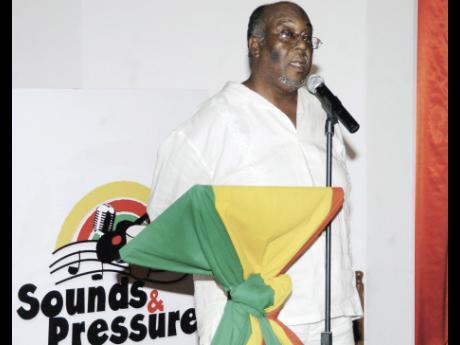 ulian ‘Jingles’ Reynolds, the CEO of the Sound and Pressure Foundation that is responsible for putting on the annual One World Ska and Rocksteady Music Festival, slated for the Ranny Williams Entertainment Centre on Saturday, November 26 and Sunday, November 27, is currently overseas, with hopes of engaging an international audience.

“We are trying to engage an international audience market for this event, and in order to reach that market internationally, we have worked out an approach to really take that on from outside of Jamaica,” said Reynolds, who lives mostly in New York and the contacts he has are there to meet that wide media market.

A New York media launch, which took place last Thursday, saw representatives of the New York media and entertainment industry turn out to hear Reynolds tell of plans for the festival.

“The festival forms a core strategy for the redevelopment of Kingston as a cultural tourism destination,” Reynolds said.

In my interview with Reynolds before he left for the US, he stressed the importance of the involvement of two key ministries (Ministry of Tourism/Ministry of Culture, Gender Affairs, Entertainment and Sports) with the festival.

“We recognize the value of Jamaican music, and in terms of recognizing its value, it means that we have to look at all forms of how to monetize projects to accrue revenue for the projects and for the people that we are serving. So we think that the involvement of the ministries, especially tourism, is critical. We planned it that way because we are embarking on bringing tourism to Kingston by identifying Kingston as a cultural tourism destination, with music as the main driving force. At the same time, we are focusing on the building of the tourism industry in Kingston, so that Kingston can generate more revenue for the people of Kingston and improve the socio-economic conditions for the people who live in Kingston, and for downtown Kingston in particular, where the music originated,” said Reynolds.

Minister of Tourism Ed Bartlett, in his address at the Kingston launch on August 9, seems to be echoing these realities, when he said: “Ska and rocksteady represents a great period of our renaissance, and so to identify with a music festival that celebrates that beginning and accentuates the role that that particular period has played in the development of our civilization today is very very critical to us in tourism … it is building out the music experience as a discrete product for the world to come and enjoy, and pay for,” Minister Bartlett reiterated.