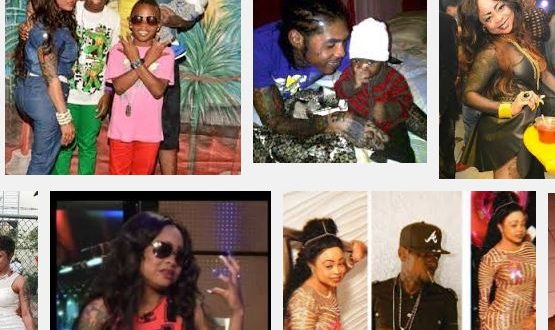 Tanesha ‘Shorty’ Johnson common-law wife of incarcerated dancehall artiste Vybz Kartel is now single following recent allegations that the two have decided to call time on their relationship.In a recent social media post on an account alleging to be that of the Vybz Kartel it stated, “ME AND MI BABY MOTHER ( SHORTY) NO LONGER TOGETHER.YOU HEAR IT YASO FIRST.”

A photo was also uploaded with the two that captioned, “It no work out”.

There is currently a video circulating on facebook showing that these posts were made to a twitter account claiming to be that of Vybz Kartel confirming the break-up with his common-law wife with whom he share two sons.