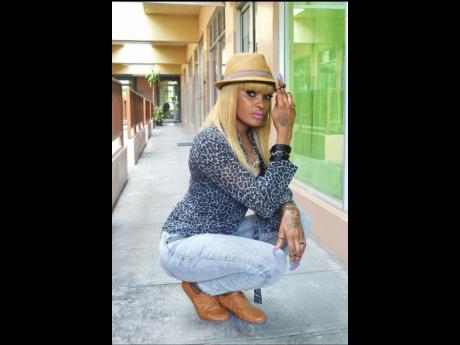 Producer Cornelius Daley of Cornelius Records recently signed his first female artiste, Rage, and plans to work with other females.

According to the producer, female artistes are at a huge disadvantage in the music industry due to the fact that reggae and dancehall are male-dominated genres.

He also accused some male producers of holding back the careers of female artistes because they are unwilling to offer sexual favours.

“Some producers just want to get under the girl dem skirt, and as dem get under dem skirt, dem drop them because dem get what them want,” Cornelius said.

“A nuh suh we do it, because talent matters to us. The biggest problem for female artistes is that engineer and producer want to have sex with them, and if they don’t get sex, dem not working with them,” he added.

The producer further stated that the music industry should be about business and nothing else.

“Mi nuh interested inna sex with any female artiste mi sign, because a business mi deal wid. I view female artistes like a family – like a sister – and mi nuh mix business with pleasure. Female artistes can work just as efficient as male artistes, but it’s the people who work with them make it look like them can’t manage. Female also have to know them worth. Hold out and know sey a music yu a pree,” Cornelius said.

University lecturer Dr Donna Hope, a cultural analyst, agreed with the claims made by the producer. She said that women globally have experienced similar issues in various professions.

“This is something that has plagued the music industry from inception. It has a lot to do with the male domi-nation of the industry and the patriarchal structures that govern society, where women are usually on a ceiling when they are to advance and that ceiling has a lot to do with male energy,” Hope said.

“What happens with women who come into the music industry, whether dancehall or reggae, is that they either have to throw in their lot with men deliberately or they have had to depend on the support of their male family members, if they have a studio or have connections in the industry. If you are not that lucky, you may have to sleep with somebody, or, as many women have found out, your career will go down the drain,” she added.

Hope said talent is not seen as priority by some men when a woman’s physical appearance is placed in the equation.

“You have to learn as a woman how to deal with that. Many women have told me that their careers have false-started because they have been unwilling to sleep with men to get ahead … . Some women are willing to and other women like myself are not, and so the battlefield gets real hot, but you have to stick to your own guts. But in the industry, access to the resources may have to be dealt with through sexual channels, and it is a hard reality,” she said.