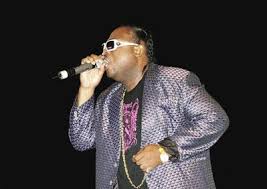 In the 1990s deejay Round Head (now known as Big Roundz) had a number of hit songs including High Every Day, Boom Boom Boom Bye (featuring Anthony Red Rose), Look Good and Weed Is Life.

But he has been off the scene for some time. What has he been up to?

“I went away for a while to tend to family matters. Now that I am back, I am heading into the studio to get some work done,” he told the Jamaica Observer on Friday.

Big Roundz resides in New Jersey. He was recently featured on producer/DJ Liquid’s Fix Up riddim with his song

“Music has been a part of my life since I was nine years old. It’s not something I can stay away from,” he said.

Born Ottis Morrison, he is originally from Woodburn, St Thomas, but grew up in Tavern, Papine.

At age nine, the music bug bit him.

“I saw Brigadier Jerry deejaying on a sound in Papine one night, and he gave me the mic and I spit some lyrics. He was the one who gave me the name Round Head,” he recalled.

Round Head later earned his stripes on various sound systems such as Concord Disco, Jack Ruby and Jah Love Sound.

He made his recording debut in the early 1990s for producer Bobo Zaro. His break came with Buss Weh and The Wickedest Sound for producer Collin Fat.

In 1996 he, singer Ghost and fellow deejay General B formed the Monster Shack Crew, which became one of the most in-demand groups of the decade. They had hits with Profile (East Side), Probably You Never Heard A We, and Hotty Hotty Crew.

Their sole album was 1998’s Monster Party. Internal conflict led to a split in 2010.

“Joining the Monster Shack Crew was one of the biggest regrets in my life. It’s like I was fighting to keep the unit together,” said Big Roundz, whose recent recordings include Gimmie A Pound and Bossy with Quick Cook.