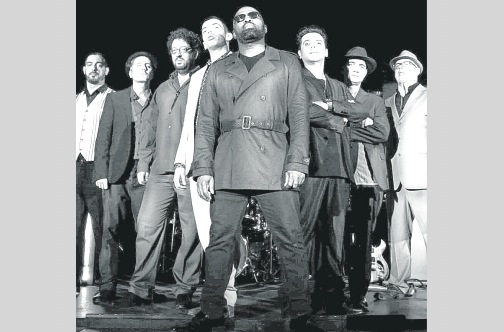 Singer Richie Stephens & The Ska Nation Band are heading to Hollywood in November. The ska group earned a nomination for ‘Best Reggae Album’ at the 7th annual Hollywood Music In Media Awards (HMMA) that takes place on Thursday, November 17, 2016 at The Fonda Theater, 6126 Hollywood Blvd in Los Angeles, California.

“Wow! God is truly amazing! We are overwhelmed to have earned our first nomination at the HMMA Awards. I am fired up about how things are going with us so far,” said Stephens from his home in Kingston, Jamaica.

The 2016 HMMA recognises and honours the music of visual mediums including film, TV, movie trailers, video games, commercial and music videos for both mainstream and independent artists from around the globe. The awards event features live music performances, celebrity appearances, award presentations, an exclusive VIP reception, and a dinner banquet.