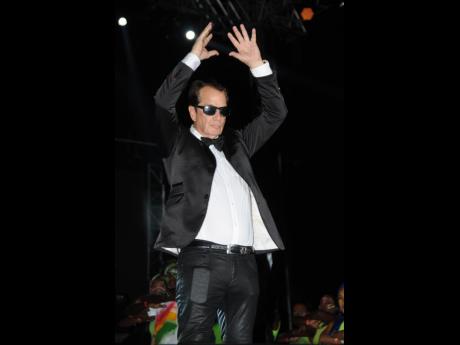 Reggae Sumfest is the recipient of the distinguished Concert of the Year Award from the International Reggae and World Music Awards (IRAWMA).

The award was conferred at the 35th anniversary of the IRAWMA at the Coral Springs Center for the Arts in Fort Lauderdale, Florida.

Sumfest, led by new owner Joe Bogdanovich, beat out four other nominees for the Concert of the Year Award. The other nominees were Best of Best – Florida, Rebel Salute – Jamaica, 9 Miles music festival and Grace Jamaican Jerk Festival.

The IRAWMA is the oldest reggae and world music achievement award.

Bogdanovich said that Sumfest winning this award signals the tremendous influence of the music festival and promises even more success for 2017.

“We didn’t really expect to win, but, evidently, the reach we hit, both locally and internationally, was a real eye-opener and I give thanks. In 2017, we will continue to promote on our various platforms and share the Reggae Sumfest experience. We are targeting 50 million viewers with a very impressive line-up,” remarked Bogdanovich.

Bogdanovich also thanks fans who voted for Reggae Sumfest to win the award.

“This award is possible because of our loyal fans. Your support makes us want to work even harder.”

Since the festival was taken over by Bogdanovich, it saw an overhaul of the performing line-up, focusing mainly on Jamaican dancehall and reggae acts in an effort to promote and sustain the Jamaican music industry. Bogdanovich also set out to promote the festival as a dynamic tourism product, attracting the endorsement of Tourism Minister Edmund Bartlett.

Sumfest this year introduced live 360-degree virtual reality streaming, allowing persons to experience the festival on any device over the Internet.