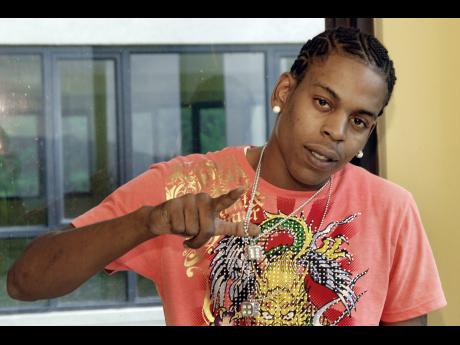 According to head of the music label, record producer Cornelius Daley, Savage, who struggled under Mavado’s Gully Side camp for years before getting his breakthrough with Culu Culu, is a difficult artiste to manage.

“Since the release of the new single Culu Culu, the artiste has become extremely boastful and we the producers and mangers have found it difficult to collaborate with him on further projects. He has expressed to management his discriminating beliefs towards his label counterparts,” he said.

The producer also accused the artiste of being selfish. “The artiste has exhibited his inability to share studio space with other artistes that are signed to the label and other individuals on the management team, and, as such, with no other options available to reconcile with Savage, we decided that it was in Dutty Fridays/Cornelius Records’ best interest to disassociate themselves from Savage,” the producer said.

Savage, on the other hand, believes he is better off managing himself until he gets the right team. He also expressed gratitude to the label for giving him his breakthrough hit record.

“Me and the road manager nah get along so mi decide fi do mi thing. Mi give thanks that they voice me on their rhythm, but sometimes yuh reach a level and a man want to do certain things and you have to cut … mi never sign to dem, and if they want to give me a rhythm, I will still voice for them. I have never signed a contract with a producer. I have received several contracts and I have never signed any because I want to get the right deal,” he said.

Savage also stated that getting a hit with a record label doesn’t constitute ownership of his brand. “Because they gave me a hit, does not mean I should stay with dem if me and the person not getting along. People will say what they want to say but I respect Dutty Fridays and Cornelius Daley for bringing me to the next level. It’s a business and if it’s not working out, I have to go. It’s not like I left the label, and went to sign with a next one … and a nuh me drop the label a di label drop me,” he said.

Savage also said his career has not been affected by the split. He is also promoting previous projects recorded under the label, including Clean Skin, and recently released a video for Jiggle produced by Yellowmoon Records. Dutty Fridays/Cornelius Records recently signed Lady Rage, and is gearing up to release her EP, Hot Type.