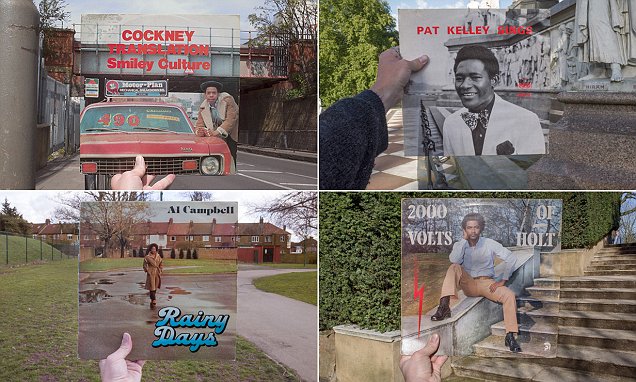 An inventive photographer has retaken famous record covers in their original London locations.

Alex Bartsch studied reggae record sleeves photographed in the capital city between 1967 and 1987.

He then reshot more than 40 in their original locations, holding them so they blend in with their surroundings.

The re-imagined sleeves include John Holt’s 2000 Volts of Holt taken in Holland Park, 40 years after its release.

All the resulting snaps will be published in his book, Covers: Retracing Reggae Record Sleeves in London.

A Kickstarter campaign to publish the photographs in the book will run until the end of next month. 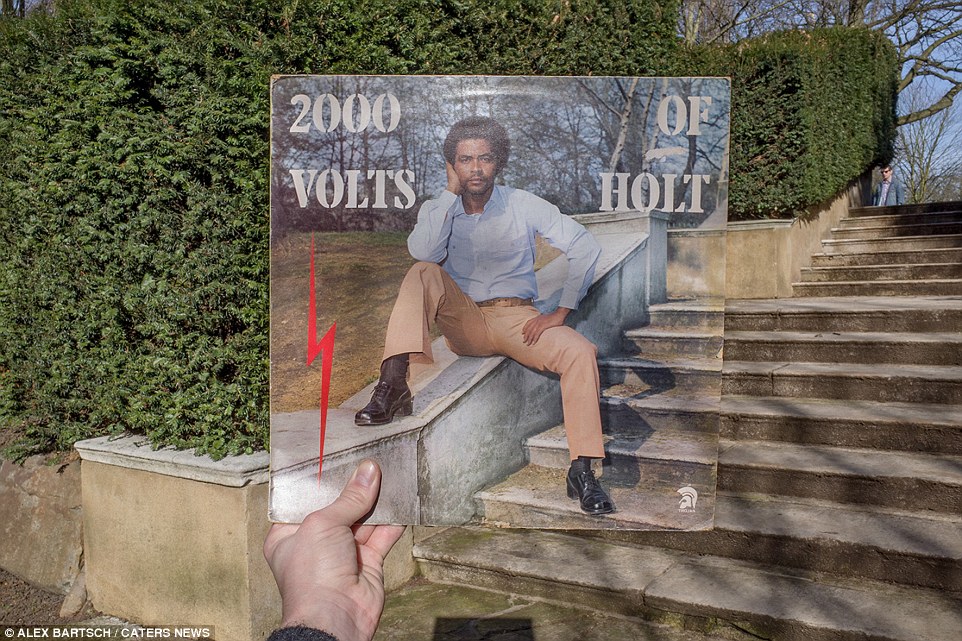 2000 Volts of Holt by John Holt (1976): The re-imagined sleeves include this one in Holland Park in West London, taken four decades after its release by the Jamaican singer who became a solo artist after first finding fame with The Paragons 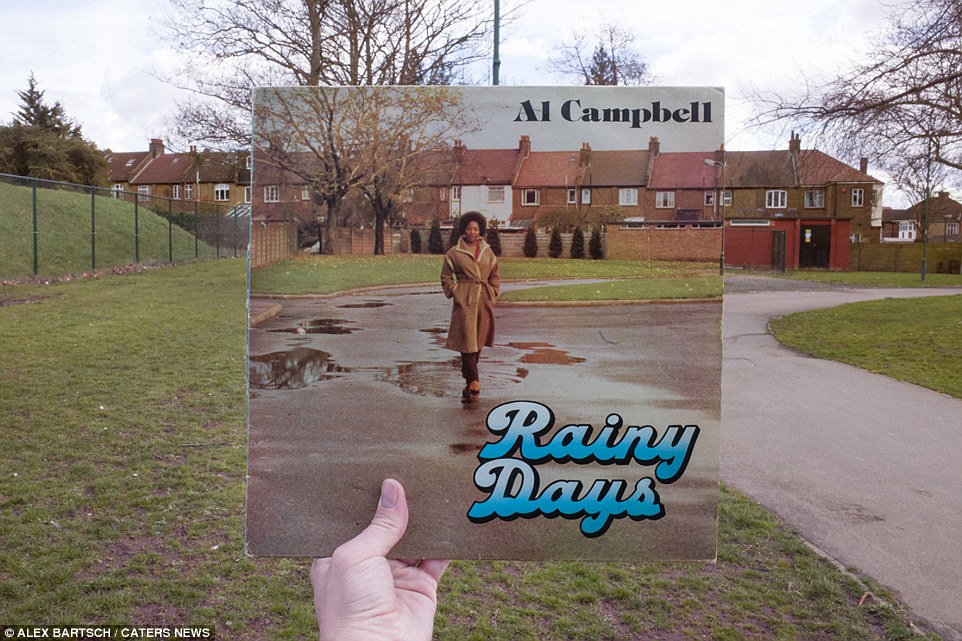 Rainy Days by Al Campbell (1978): Alex Bartsch studied reggae record sleeves taken in London between 1967 and 1987. Campbell was a popular ‘roots reggae’ singer in the 1970s – and this cover was taken at King Edward VII Park in Wembley 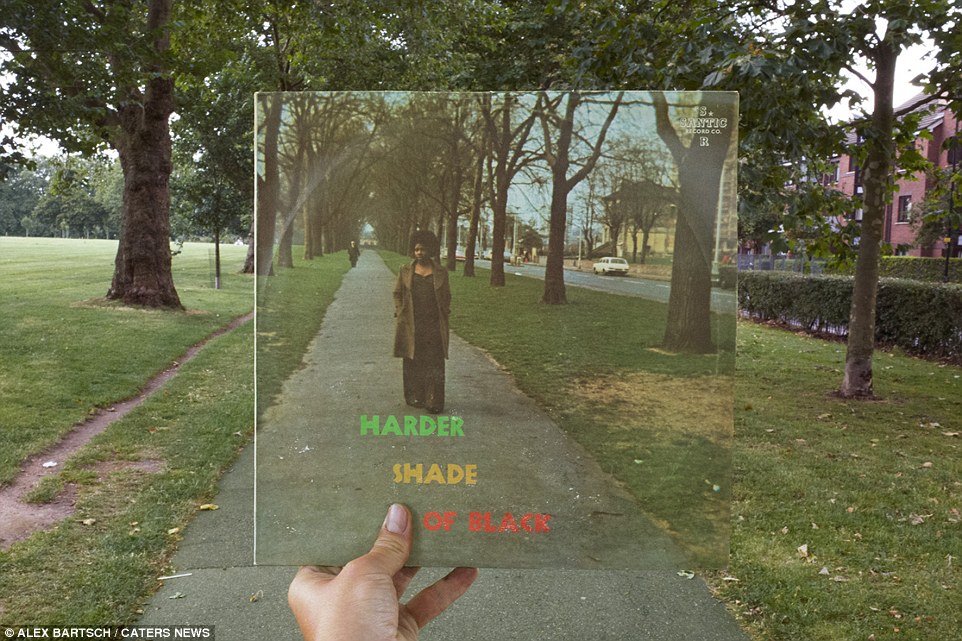 Harder Shade of Black by Santic (1974): Mr Bartsch reshot more than 40 reggae sleeves in their original locations. Jamaican producer Leonard ‘Santic’ Chin first arrived in Britain in 1974 and his LP’s cover was photographed at Hackney Downs 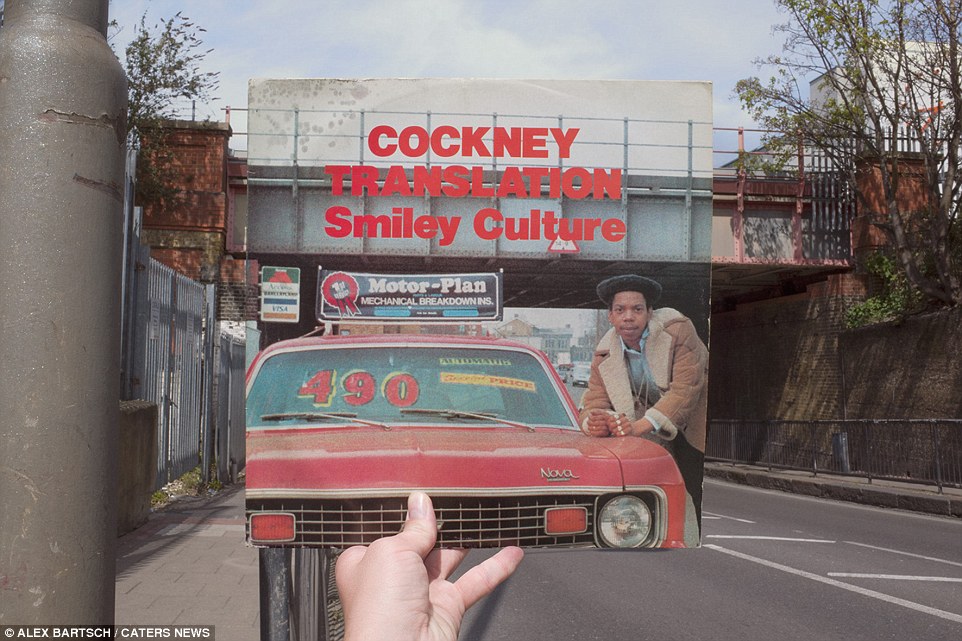 Cockney Translation by Smiley Culture (1984): Photographer Mr Bartsch held the covers so they blend in with their surroundings. David Emmanuel, known for his ‘fast chat’ style and his hit Police Officer, was one of the pioneers of British rap. This album cover was photographed on Plough Road, near Clapham Junction train station in South West London 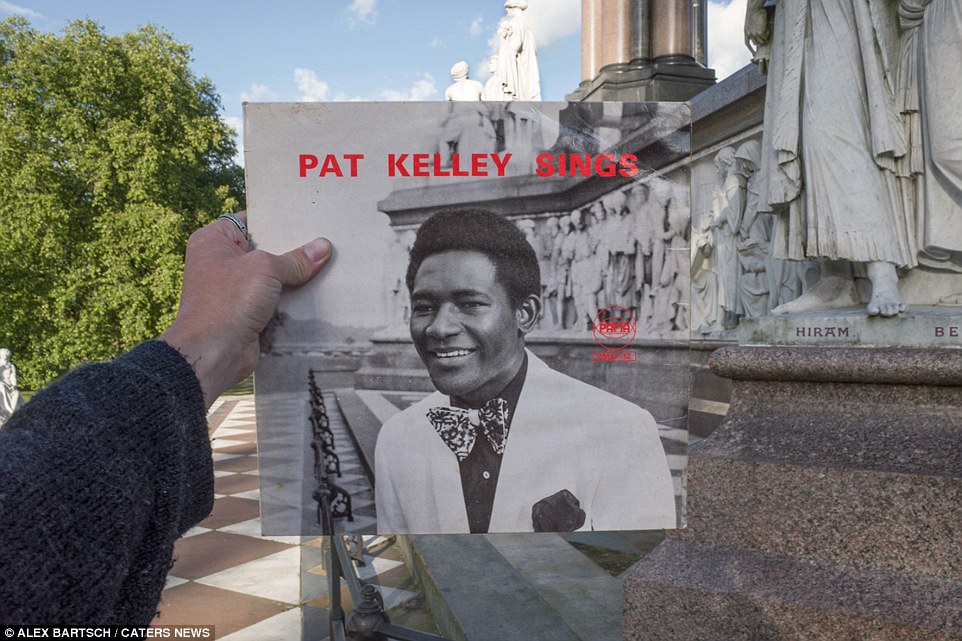 Pat Kelley Sings (1969): The pictures will be published in the book, Covers: Retracing Reggae Record Sleeves in London. Kingston-born Kelley was lead singer of The Techniques, with this LP including Workman Song and I Am Coming Home. This album cover was photographed at the Albert Memorial in London’s Kensington Gardens, next to the Royal Albert Hall 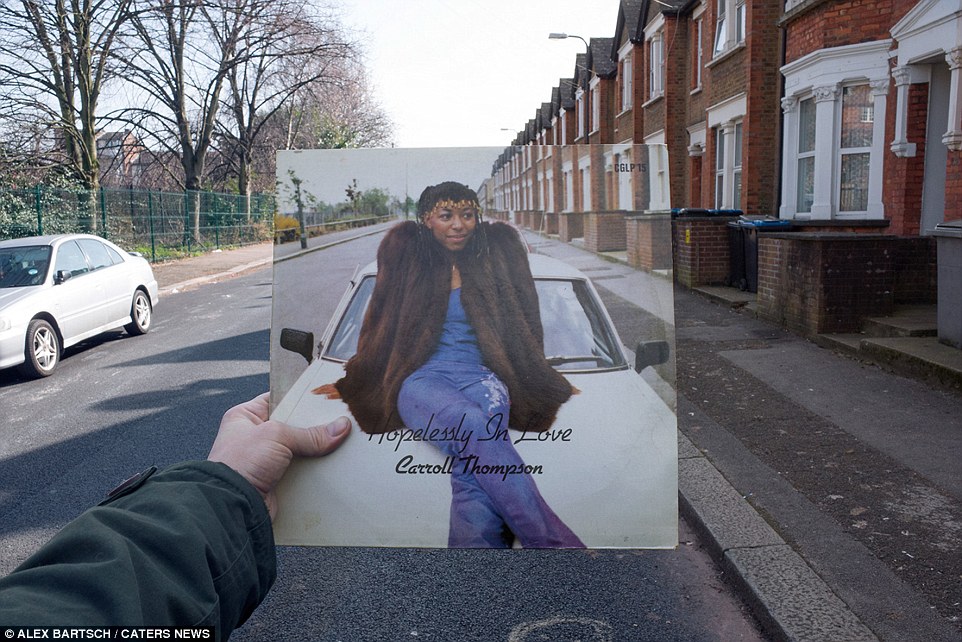 Hopelessly in Love by Carroll Thompson (1981): A Kickstarter campaign to publish the pictures in the book has been launched. Hertfordshire-born Thompson was known as one of the divas of the lovers rock era in the 1980s – and this album cover was taken on Milton Avenue in Harlesden, North West London 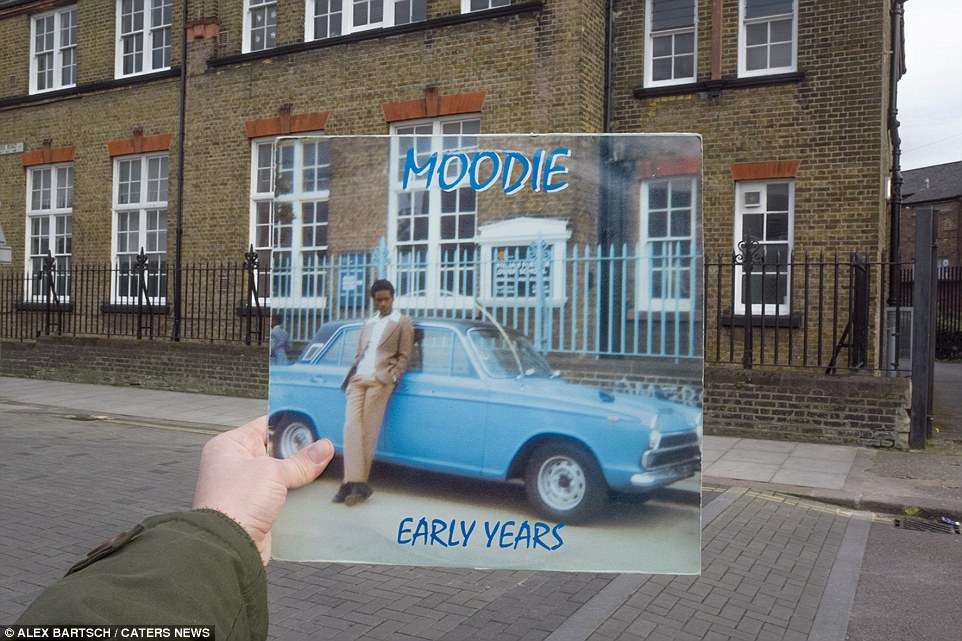 Early Years by Moodie (1974): The inventive photographer has retaken famous record covers in their original London locations. Moodie wrote Reggae on the Moon, which is said by some to have inspired Sting to write Dancing on the Moon. The album was photographed on Downhills Park Road in front of what is now Haringey Council’s professional development centre