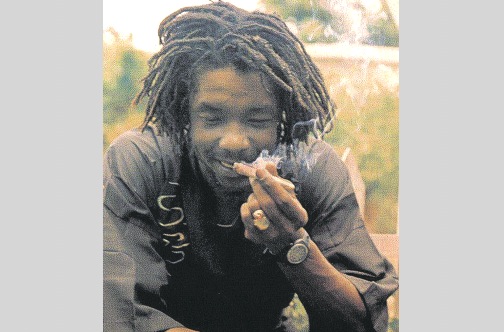 A MUSEUM dedicated to life and works of late reggae singer Peter Tosh will be opened on the grounds of Pulse Model Agency on Trafalgar Road in St Andrew, on October 19.

The project is a joint venture among Pulse; the Tosh Estate; and Marlene Brown, Tosh’s partner at the time of his death.

Most of the exhibits are from mementos saved by Brown, who was also closely involved with Tosh’s business life.

“Mi know the value of Peter Tosh, that’s why mi work for him and devote my life to him,” Brown told theSunday Observer recently.

After the museum officially opens its doors, Jamaicans and visitors from around the world will be able to see a large collection of never-before-seen Tosh memorabilia, as some of the treasures will be displayed to the public for the first time.

“Visitors will also be able to relive aspects of the non-conformist, futuristic and abundantly creative Tosh experience through sizzling audio and video recordings, featuring the superstar, as well as iconic artefacts including his M16 guitar and beloved unicycle that became one of his favorite means of transportation. Also available will be exclusive merchandise for sale to the public,” Kingsley Cooper, Pulse’s principal, was quoted as saying.

Tosh’s backing band Word, Sound and Power will reunite with original members at a benefit concert following the museum’s opening.

Also expected to appear will be Donald Kinsey, a 63-year-old guitarist from Gary, Indiana in the US. Kinsey was also a member of the Wailers Band.

Some of Tosh’s session musicians, including horn players Dean Fraser and “Nambo” Robinson, are also expected to be involved.

Formed in 1976, Word, Sound and Power was Tosh’s official backing group, and toured with the star both in the US and Europe, and played with him on the famous One Love peace concert in at the National Stadium in 1978.

According to Cooper, the performers who have been invited “include an incredible collection of famed reggae artistes, many of whom have already confirmed their appearance”.

Tosh performed at Pulse’s Superjam in 1983, which became his last concert performance.

Along with Bob Marley and Bunny Wailer, Tosh was an original member of the Wailers. He is known for tracks including

Legalize It, Equal Rights, Wanted (Dread and Alive) and co-wrote

Get Up, Stand Up with Marley.

In October 2012, Tosh was posthumously awarded an Order of Merit by the Jamaican government for his contribution to island’s music.