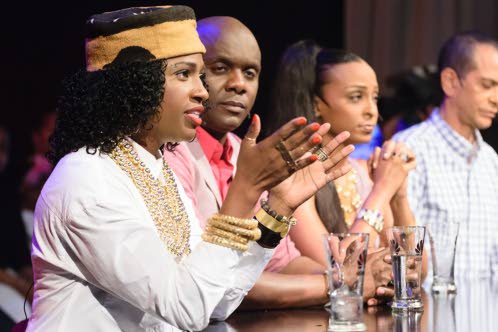 Dancehall moves have been visible in music videos by international acts for close to 20 years. Tanisha Scott has played a major role in bringing these Jamaican steps to the pop mainstream.

This week, the video for Work (starring Rihanna and Drake) was nominated for Video of The Year at the 44th Annual American Music Awards. Directed by Director X (formerly known as Little X), it features choreography by Scott.

She told Splash that watching music videos as a youth inspired her to become a choreographer.

“I was not professionally trained as a dancer/choreographer. My passion or dance has always been a part of my life. Dancing came natural to me as I grew up in a house where music was played throughout the day. It was by watching music videos where I honed my love of learning choreography,” she said.Scott has impressive credentials. She has choreographed performances by high-profile artistes on major shows by Sean Paul (The Arsenio Hall Show); Mariah Carey (Good Morning America); Rihanna and Alicia Keys (Grammy Awards); and rapper Ludacris (BET Hip Hop Awards performance).

She has been nominated for MTV’s Best Choreographer three times: in 2004 for Sean Paul’s Like Glue video; 2006 for Sean Paul’s Temperature; and in 2007 for Tambourine by rapper Eve.

For the past two years she has been a guest judge on Digicel Rising Stars.