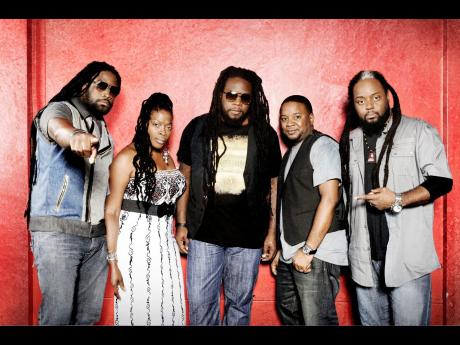 Grammy Award-winning reggae band Morgan Heritage has once again fended off competition from both local and overseas-based reggae acts to take home top honours after recently winning the Album of the Year award at the 2016 IRAWMA Awards held in Florida.

Titled Strictly Roots, the album spent several weeks atop the Reggae Billboard chart and is regarded as a classic by staunch supporters of the genre.

According to founding member of the band, Gramps Morgan, the IRAWMA Award holds as much sentimental value as the Grammy win.

“We are so humbled and proud to have won this award for many reasons. Winning this award as an independent label (CTBC Music Group) is major for us. to receive this type of acknowledgement from our peers and our own reggae community means just as much to us as the Grammy win. We haven’t been nominated (for) much less win, an award in our own reggae community in so many years. It’s good to be back on that stage, and thank you to the IRAWMA. We want to thank the most high for his divine blessings, our families for their sacrifice, the industry, and our amazing loyal royal fans worldwide for supporting us over the years. We’d also like to thank our team, Wendy Morgan, the general manager of our label CTBC Music Group, MPR Consulting, and all who have worked on this project. Jah is worthy to be praised,” he said.

Interestingly, Strictly Roots is the first album to be produced under CTBC Music Group (Cool To Be Conscious), which is a label owned and operated by Morgan Heritage.

The band is currently working on a new album, set for release in 2017 and, again, the majority of the production duties will be handled independently by their own CTBC Music Group.

Selah, which is the lead single for the upcoming album, recently peaked at number 34 on the iTunes reggae singles chart. Outside of their own work, Morgan Heritage is also promoting new material for CTBC Music Group-signed artiste, Tiana.

Her most recent record, Never Gonna Break Me, was recently launched and also charted in the iTunes top 200 singles chart.