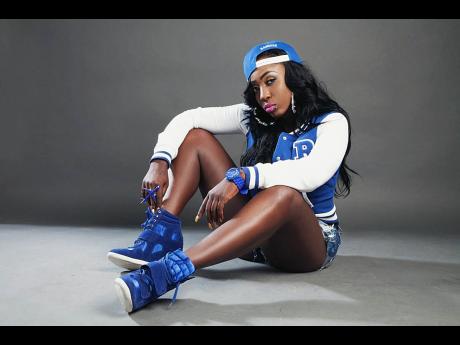 Two of dancehall’s hottest women, Spice and D’Angel, have expressed contrasting views about Jamaica’s lucky escape from menacing Matthew, a Category 4 hurricane that forecasters said would have crashed into the island.

Matthew’s threat fizzled on Monday and a hurricane warning that had been in place since Friday was lifted. While many Jamaicans have expressed relief that the country was spared the brunt of the dangerous system, some were disappointed that they did not get more from the storm, especially after making so many preparations.

Dancehall deejay Spice was expected to perform at the annual International Reggae and World Music Awards (IRAWMA) in Fort Lauderdale over the weekend, but cancelled all her plans due to the threat from Hurricane Matthew.

“I, myself, stayed home because of the hurricane. I was supposed to go to the IRAWMA, and me kinda disappointed because I won the award for female dancehall artiste of the year, and I wasn’t there to collect it,” she said.

STAYED FOR HER CHILDREN

Spice said she decided to remain in Jamaica in order to be close to her children during the passage of Matthew.

“I had to stock up on things that they like. I bought additional games, knowing they would be indoors. I am having a bit of mixed feelings right now. Whereas I am extremely happy that Matthew didn’t come to Jamaica, especially hearing what it is doing to Haiti right now, knowing it was a Category 4 hurricane, I am also extremely disappointed that we made so many preparations and it didn’t come,” Spice said.

She went on to state that several of her fans have been reaching out to her sharing similar sentiments.

“A lot of people feel the same as me because I got messages from people saying, ‘Spice, I spend mi last and no hurricane’, so I know a lot of people are also disappointed, especially the poor people that went and bought so much food and made so much plans.” 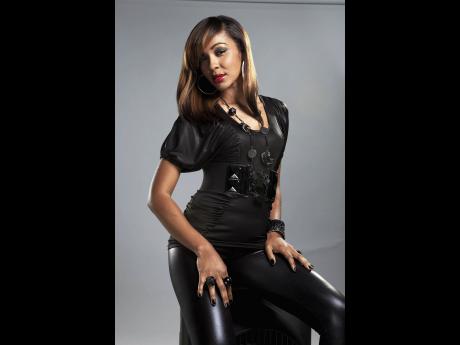 D’ Angel, who, like Spice, is a mother, said that while some people may be disappointed, she has no regrets about making preparations for Matthew.

“I was prepared because I was watching the news, and based on the reports, I had to take precautionary measures,” she said.

“I faced two storms, Gilbert [1988] and Ivan [2004] and I know what I went through. This would have been my son’s first storm, so I had to take precautions in terms of food supplies, candles and everything,” D’Angel said.

The entertainer said that Jamaicans should count their blessings as neighbouring Caribbean countries will not be so lucky.

While the women of the dancehall were prepared, entertainer Tanto Blacks said he made no preparations because he knew the hurricane would not have hit Jamaica.

The effervescent deejay posted a video on Instagram on Monday showing himself and several friends gallivanting beside the feared Flat Bridge in St Catherine, even though the country was under a hurricane warning.

The deejay said that he wasn’t afraid and that he would have even taken a dive in the Rio Cobre if he felt like it.

Meanwhile, the entertainers said that many Jamaicans may become reluctant to prepare for another major weather system, considering the fact that neither Hurricane Matthew nor Tropical Storm Earl, back in August, affected the country.