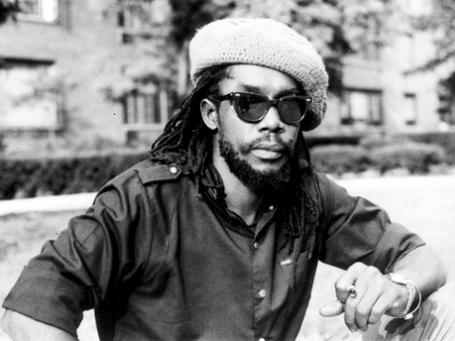 The intimate ceremony will include the local and international media, music industry insiders, celebrities, members of the Tosh family, and his associates and fans.

Guests will get a chance to view exhibits and engage in interactive experiences.

Peter Tosh’s instruments, including his famous M-16 guitar, will be on display. Other items belonging to the reggae icon, including his nunchucks, unicycle, original handwritten songbooks, and recording masters, will also be available for viewing.

The project is a joint effort between the Tosh family and Pulse Investments Limited.

Kingsley Cooper, CEO of Pulse, told The Gleaner that getting the museum to this stage was not without its share of challenges.

“There are always challenges with projects such as this – organisational challenges, logistical challenges, production challenges, security challenges and people challenges. Divergent views, conflicting positions and so on,” he said. “However, we have a great, talented, hardworking and committed team. The Peter Tosh Museum is a joint venture between Pulse, The Tosh Estate and Marlene Brown. Our agreement, signed at the start of 2016, ended several years of negotiation and work. It has been an honour for me to lead the team that brought the museum into being, pulling the parties and the various elements together, as well as the resources required to make the project a success. It has been fun and exciting, and I want to give heartfelt thanks to all who contributed.”

Cooper said the museum is long overdue and is a well-deserved honour for Tosh.

“It is critical that we preserve, highlight and celebrate the work of our cultural pioneers and icons,” he said. “This museum will play an important role in ensuring that those who charted the course be recognised and their works endure for generations to come.”

Following the private opening, the building will be opened to the public on November 1. An entry fee is yet to be disclosed, but organisers say there will be a modest sum for entry. Groups are advised to call ahead for an appointment.

A Peter Tosh tribute concert planned for Saturday (Oct 22), with proceeds to benefit the museum.

Tosh’s original band Word, Sound and Power, has been reassembled for the event, and artists such as Chronixx, Luciano, Andrew Tosh, Etana, Kabaka Pyramid, Zak Starkey (son of The Beatles’ drummer Ringo Starr and drummer for rock band The Who), Denroy Morgan, Live Wyaa, Congalese signer Mermans and Marcia Griffiths are expected to perform.

The museum’s opening comes amid controversy surrounding some of the items that are supposed to be on display. In August, news emerged that the Grammy award won by Tosh in 1988 had been pawned by a family member.

The news was picked up by several international media before it was quickly shut down by the Tosh Estate, which assured the public that the Grammy was still in the family’s possession.

It is believed that the award will be on display at the Peter Tosh Museum.