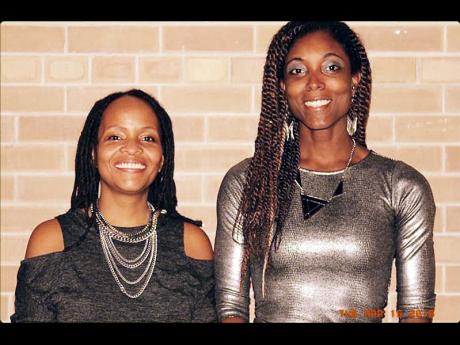 Like the cultural potpourri of the Caribbean, two Jamaican playwrights, who come from diverse backgrounds, are collaborating to produce plays and films on socially relevant, perhaps oft controversial subjects, and people in Ontario are taking notice.

Debbie Deer, a former Jamaican beauty queen and TV host, and Nicole Pena, a figurative painter with Jamaican and Trinidadian lineage – have been overcoming odds along the way to make a mark in the creative sector in Canada.

Their partnership found its genesis while hosting parties.

“We had a few successful events,” said Pena, “but our hearts weren’t really into this career path, we are both artists and we wanted to work together creatively.”

It takes two to tango, they say – Deer and Pena came together for their maiden production in 2013 – Exmas, about a group of exes who get together for an awkward Christmas dinner.

“Exmas, the first play that I wrote, discussed sexuality and multiculturalism in the dating and friendship scene in Toronto,” Deer said.

Pena was the producer and artistic director for Exmas, which ran at the Buddies in Bad Times Theatre in Toronto and got media attention.

“It was a productive experience for me and it opened my eyes to another means of creative expression,” added Pena. “Now I consider myself not simply a figurative painter, but a theatre artist.”

These two young Jamaicans together has evolved from theatre to diversifying into films, and their distinct personalities has made the opposites attract and according to them, is working like peas in a pod.

“We have a ‘good cop, bad cop’ dynamic,” Deer said. “Nicole can be very stern and discerning whereas I tend to be more liberal and less detailed oriented.”

“Our working relationship is fun and productive,” said Pena. “We understand each other very well because we are also best friends.”

The duo, in 2015, wrote and directed ‘New School’ which was commissioned by the Toronto District School Board for African Heritage month in February 2015 and 2016, was showcased in schools in the GTA (General Toronto Area). New School, Pena said, is a multimedia play that seeks to educate students about Black History and beckons the question: Are we living in a post-racial era? 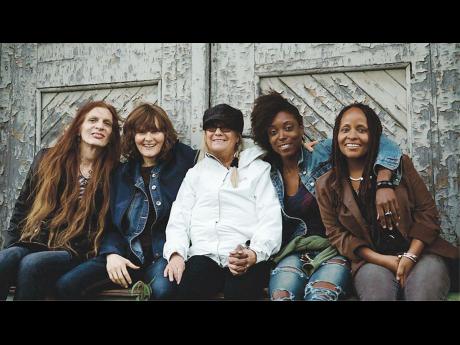 For Deer and Pena, working in Canada has its challenges, which they say; they have been able to overcome through their individual and collective persistence and perseverance.

“We had some internal fights from the board and African Heritage Committee, which rejected our play in 2016,” Deer said. “We escalated the case to the superintendent Jim Spyropolous of the TDSB, and subsequently we got a contract to tour the 10 Africentric schools in Toronto.”

The path to get a professional footprint in the country was never a bed of roses.

“Yes there are always challenges to be recognized as artists,” said Pena. “There are a lot of very talented people living in the city, so creating work that stands out is not an easy task.”

Both came to Canada under varied circumstances.

Deer had her fair share of successes and notoriety in Jamaica – she was the first runner up Miss Jamaica Universe at 19 years old, she hosted two entertainment shows for RETV. According to her, the radicalization to navigate in the (Jamaican) society, was frustrating as it was difficult for her as an artist and somewhat of a radical, to navigate in society.

“The violence, lack of social justices such as women’s rights and LGBTQ rights coupled with a generally tense economic climate were also areas of concern for me,” she said, adding that despite having the comfort of her family and friends, she moved to Toronto in 2005.

Deer said that when she came to Canada, she struggled to find an internship with a production company, so she started her company, Debbie Deer Productions.

“It was also very difficult for me to afford University in Canada, my mother and older brother helped but it was a major struggle to pay tuition,” Deer said. “I buckled down and learned as much as I could in and outside of school about the

She taught herself camera operation, sound and video editing and graphic and web design, so she cut the costs of hiring a professional. 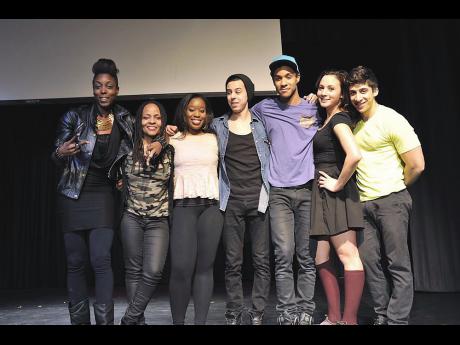 “There is also an emotional challenge of staying strong and determined even in the face of adversity,” Deer said.

Pena left Jamaica when she was a toddler – she grew up in Toronto, and is a Canadian citizen, but somewhere, she said, she has been constantly searching for her identity.

“Living in Canada I am constantly asked where I come from,” Pena said. “In a way this sort of displacement has kept me connected to my heritage, it has given me an identity that I am proud of and one that guides my work and personality.”

The two bring their unique persona in the works that they create.

“We have a certain synergy with one another so we trust each other’s decisions,” Pena said. “I believe that our talents give us the motivation to aspire for greatness.”

Deer and Pena are currently in talks of continuing to tour New School in Toronto and working on their first feature film, which they want to be showcased at the Toronto International Film Festival and The Caribbean Tales Film Festival.

“The sky is the limit,” said Deer. “We are also discussing shooting a web series about food and lifestyle in Jamaica, covering the 14 parishes.”

Personally, for both, Jamaica, in spite of its drawbacks, is close to their hearts, but, this is as far as it gets for now. It represents home for them, and both wish they can come back one day. But the duo say that there are inherent concerns.

“My concern about living there is the lack of rights available to women; its homophobia, violence and its struggling economy,” Pena said.

“I love Jamaica and I am eternally grateful that I was born in such a rich, powerful, cultured and beautiful country,” said Deer. “I will continue to hopefully represent my country well and contribute to the further development of the island.”

Pena, on the other hand, is hoping to one day, retire in Jamaica.

“I hope that the socio economic situation improves when that time of my life arrives,” she said.