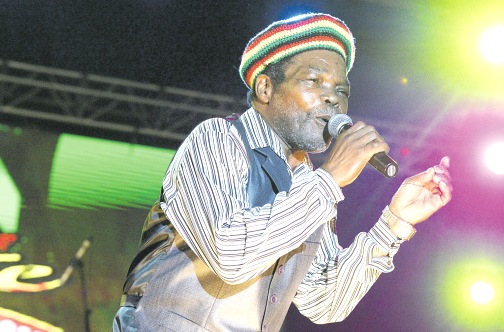 Speaking with the Jamaica Observer yesterday, the singer said he hopes the album will break reggae barriers worldwide while bringing him monetary gain.

“Of course, I would want to receive financial gain but I also want it to sit well with the listeners also. I have a growing market in Brazil so the aim is to do a lot of promotions there as well as other countries,” he said. “The songs are all authentic reggae music and we all know reggae is accepted by different races worldwide,” he added.

In addition to the title track, the album includes Love and Unity, Nobody Nuh Sweet Like You and 100 Percent Love.

Slated to be released in December, the 14-track album is being produced by Donaldson.

Last month Donaldson, along with Pam Hall, Half Pint and Leroy Sibbles visited Nairobi, Kenya, to perform at the Rise up Festival charity show at Carnivore Grounds in Nairobi. Part proceeds from the event are being used to construct libraries in in the cities of Kibera and Bondo.

Donaldson, who was visiting Kenya for the first time, said he only saw it fitting to perform at the charity event when he was approached by members of a charitable organisation.

“The building of the libraries has already started and I feel great that I could have contributed by voice towards it . The audience loved the performance so there are other gigs in the Kenyan pipeline for me,” he said.

Donaldson, best known for festival song winners Cherry oh Baby and Land Of My Birth, has had a following throughout Africa for over 40 years.