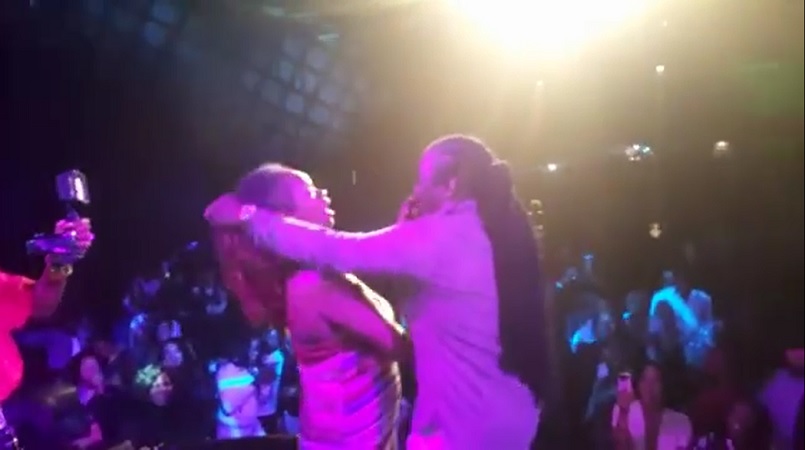 Reggae superstar I-Octane came under heavy criticism over the weekend for a video posted on his Facebook page apparently showing him removing the wig of a woman before serenading her.

The minute-long video, which was posted on Sunday while the singer was performing at a show in Montreal, Canada, started with I-Octane complimenting the woman on her natural beauty.

“Look pan mi, do it dis way and shub it off,” he said, before snatching the weave from her head as the audience reacted in a massive uproar.

I-Octane’s intent may have been in the best spirits but many Jamaicans and people from around the world did not find his gesture romantic or respectful in the least.

One man, Julian Archer, said: “This is so not nice. But some a unno too nuff. Always want to be seen. Enjoy yourself at the show yes… And if you can get a pic do so… But unno love up unno self too much. Was not expecting this from him, anyone else but really not him.”

Dianne Pimentel from Canada asked, “Why would he do that to this lovely lady? Very rude and disrespectful.”

Others tried to find the good intentions in I-Octane’s serenade as Venetta Vanhorne from Brooklyn pointed out, “I am guessing that he’s saying I accept you without the wig and thinks she’s beautiful without it. I think he should have asked her to remove it in order for him to sing to her. He’s not into all the fake hair thing.”

Another woman, CaribbeanPrincess Shaniboo, further defended the artiste, saying “The wig a drop off and she a try fix so him just tek it off better im do that cah it never on good anyway….he was singing to her without it and I think that’s great don’t think he did it to Shame her…it’s more like saying with or without it I look at u the same.”

Multiple efforts by Loop News for a comment from I-Octane’s management team on Monday proved unsuccessful.