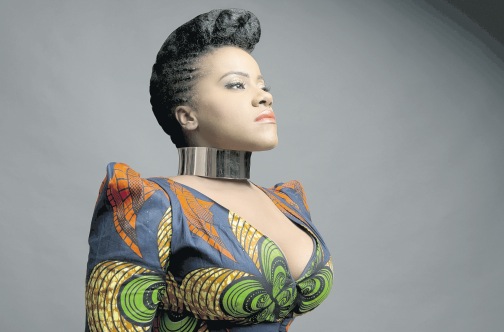 She ignited a virtual firestorm with her comments of voting for US presidential candidate Donald Trump, and with the heat subsiding, reggae singer Etana is off to Africa for a series of shows.

South Africa is a major stop for the artiste born Shauna McKenzie, and one of the events at which she is slated to perform is the All Nations Reggae Fest 2016.

The festival takes place at the Castle of Good Hope on November 12 and will include performances by Jamaicans Bushman, Etana and Turbulence, Soul Jah Luv from Zimbabwe and Lucius Banda from Malawi. For the past two decades, All Nations has been promoting local and international reggae music and artistes in South Africa and this November, the organiser will be bringing these five international reggae artistes to Cape Town for the popular festival

All five artistes will be backed by the all-African, seven-piece All Nations Band.

Etana earned the ire of many following an interview on Television Jamaica’s Entertainment Report during which she, among other things threw her support behind the candidate for the Republican Party in the US.“Yes, I am a Trump supporter,” Etana told she show host and producer Anthony Miller in the interview. “And I know a lot of people will probably be like, ‘What do you say about Trump being prejudice?’ He’s not prejudice, for me anyway… Don’t beat around the bush; you don’t like a certain thing, you don’t like it, that’s it. End of story. And the reason why I’m a Trump supporter is because he’s all of that and more.”

Days later she would back-pedal, noting that she had not done the required research before making her statement on the popular television programme.

“My recent remarks were made against the background of the real fear of terrorist attacks and acts of random violence that are so pervasive in the US right now. But I realise now that I cannot give in to this fear…we cannot build walls to lock ourselves in and other people that we fear, or we run the risk of isolating ourselves and losing our humanity, a quality we must protect at all costs. We must not allow fear to allow us to lose the best part of ourselves, the ability to love unconditionally, and to connect with our fellow men and women, regardless of their beliefs, religion, or ethnicity,” the singer said in a statement.