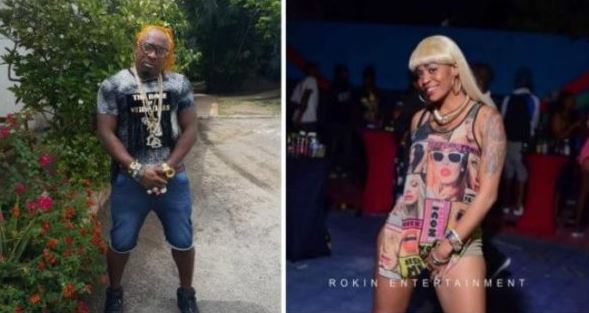 Today Log-on Dancehaller, Elephant Man is mourning the death of one of his many baby mother. Shamara Grant know as ‘Ratty”, the mother of one of Elephant Man’s children, she was brutally killed at her Standpipe home in St. Andrew early this morning. We are told that Shamara Grant aka Ratty was found with 8 gunshot wounds to her VAG1NAL part, abdomen and arms. No word on possible reasons leading up to her death.Only last week Elephant Man had to deal with his son going on onstageTV and calling him out to be a worthless dad who did not support him and now we see whereby his ex his murdered, this surely not a good week for Ele.

The Jamaican Constabulary Force is currently investigating the killing although their efforts have been somewhat impeded by the approaching Hurricane Matthew.